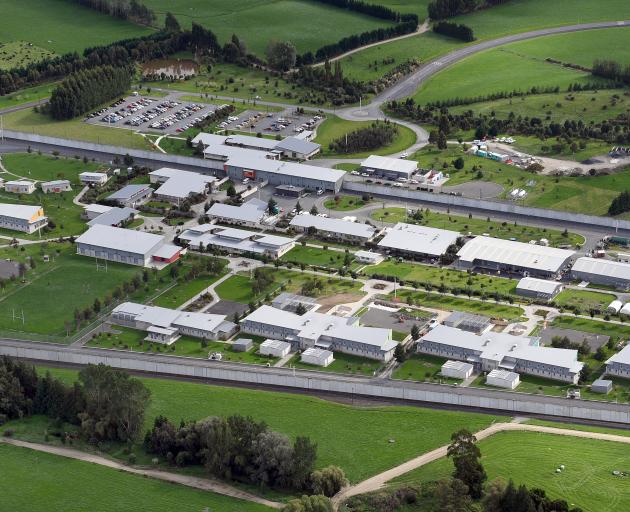 Meanwhile, an internal investigation into another Otago Corrections Facility (OCF) staff member has not upheld any of the misconduct allegations.

Writing in response to questions submitted under the Official Information Act, Corrections corporate services deputy chief executive Richard Waggott, of Wellington, said one allegation of sexual harassment against a staff member had been investigated at the Milburn prison since 2016.

The staff member resigned during the investigation, Mr Waggott said.

He did not confirm the man's name or occupation, citing privacy.

However, a source close to the prison said he was a male Corrections Officer investigated for harassment of female staff, and who left the prison last year.

When the Otago Daily Times visited the man's former house a "sold'' sign was staked in the ground and no-one was home.

Mr Waggott said Corrections received seven allegations of sexual harassment nationwide in 2016, 13 in 2017 and four in 2018.

In 15 of these cases, the staff member resigned during the investigation or disciplinary action was taken.

In the remaining nine cases, no evidence was found to support a breach of the Corrections code of conduct.

The ODT also learned of a range of misconduct allegations levelled against an OCF manager, sparking an investigation last year.

In a written statement supplied almost a month after questions about the allegations were submitted, OCF prison director Dave Miller confirmed a staff member at the prison was investigated in December last year by the Corrections integrity support team following "a range of allegations''.

None of the allegations were upheld, he said.

The programme features a review of how the department could "strengthen our approach to investigating reported incidents and supporting staff,'' Mr Waggott said.

It has also launched several initiatives in recent years aimed at strengthening the "integrity'' of its workplaces, including stricter pre-employment checks, new staff training and the launch of a 0800 number for staff to report wrongdoing.