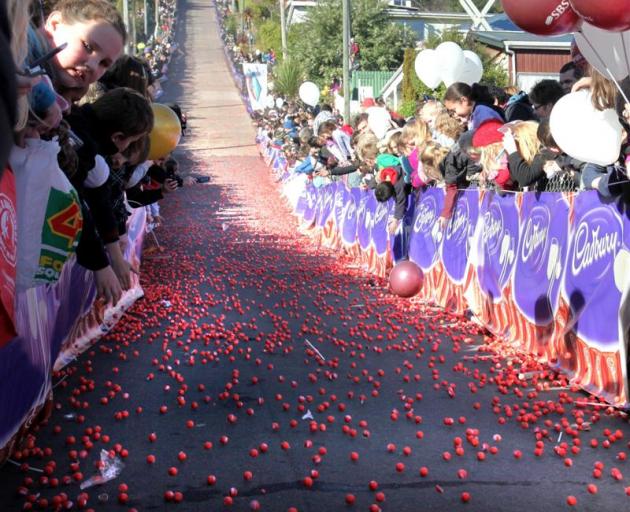 There was outrage and disbelief yesterday in response to Mondelez International's plan to apply for ratepayer cash to hold this year's Cadbury Chocolate Carnival.

The Otago Daily Times reported yesterday the multinational would again line up for a grant from the Dunedin City Council for the chocolate festival.

Mondelez last week announced a plan to close its factory in early 2018 and lay off 362 people.

The tourist attraction Cadbury World would be retained.

Almost all comments on the ODT website and Facebook page were opposed to providing cash to the multinational.

Many thought the festival, including the Baldwin St Jaffa race, would not be the same when the city no longer produced the goods.

• ''The event will dwindle to a handful of people as no-one will want to be seen going to one of these events.'' - Roger Knauf.

• ''I certainly wouldn't be happy as a ratepayer to fund an event when the company has laid off so many workers.'' - Kathy Dore.

• ''If Mondelez International wants to walk away from the city that is their decision. As a result of that decision-making, the city should politely decline their request for funding since they have shown they no longer support the good of the city.'' - Ian Kraack.

Council grants committee chairman Cr Aaron Hawkins declined to comment, saying it would not be ''helpful''.

''It wouldn't be appropriate for me to comment on any future applications.''

Funding applications open in April, and Mondelez has confirmed it plans to apply. Last year it received a $55,000 grant.

In a statement this week the company said its own contribution to the carnival was three times that of the council.