Meeting called both farcical and constructive

A meeting between Dunedin's leaders and Mondelez International over the Cadbury factory was labelled a ''farce'' by a union representative and ''constructive'' by Dunedin Mayor Dave Cull.

The meeting of business, civic, and political leaders started with the union walking out and ended with Mr Cull angrily ejecting Allied Press media from the Dunedin City Council civic centre. He later called this a misunderstanding. 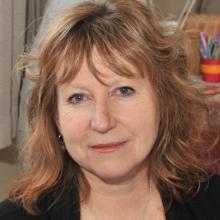 Etu industrial strategy director Neville Donaldson, who walked out shortly after the meeting began, said it was a ''farce''.

Mr Cull issued a statement last night saying the meeting was ''constructive'' and talked about the ''exciting'' prospect of an expanded Cadbury World.

Dunedin South Labour MP Clare Curran said not much progress was made, but at least Mondelez representatives had committed to going back to senior management to see if options for saving the factory could be discussed.

Mr Donaldson said Mondelez's presence was problematic, because legally it had to consider options and not presuppose closure.

He said he did not stay long once he gleaned the meeting's agenda was to plan for a large number of laid-off workers.

''The mayor in his opening address made it clear that the point of the meeting was to discuss action or activities to support unemployed workers,'' Mr Donaldson said.

''He even pointedly said that we shouldn't challenge local [Cadbury] management ... because they're as much the victim as anybody.''

Mondelez's proposal to close the factory by March next year is subject to formal consultation that officially starts early next month.

''We've told workers and the general public we will do all we can to keep the factory open, and they expect the union to honour this.

''Legally, with consultation yet to begin, I felt it would be a breach of good faith to members to sit in on discussions about what happens after the factory closes, given a decision hasn't been made yet,'' Mr Donaldson said.

In a statement after the meeting, Mondelez responded to the union's comments saying it was consulting employees and unions in a ''fair and transparent manner''.

''We are conscious of the impact on the people and community and whilst it is just a proposal at this time, it is important to hear views of the broader community to ensure we have heard all options before a decision is made.

''Throughout the process we will ensure we do everything we can to support potentially impacted employees and the local community,'' the company statement said.

Mr Cull said the overarching concern was for the ''wellbeing of staff, from production workers to salaried staff''.

The meeting was given a ''full and frank explanation'' of Mondelez's proposal by Dunedin site manager Judith Muir, he said.

The closure still had the status of a proposal and no-one was in the position of saying it would happen, even if the options looked limited.

How staff could be supported would not become clear until a final decision was made on the factory.

"Everyone around the table undertook to put more thought into what a legacy facility might look like, should the proposal go ahead,'' Mr Cull said.

"For example, the company is ready to invest in redevelopment work to make Cadbury World an even better visitor experience, which could hold exciting prospects of more visitors and jobs at Cadbury World.''

Mr Cull and other participants had agreed to meet Mondelez again after the consultation process.

The statement said there was "some confusion'' at the end of the meeting about media access to the "private meeting''.

"An arrangement was in place where reporters could have held interviews with attendees of the meeting in a public area of the Civic Building.

"Due to the confusion, the interviews did not take place.''

Ms Curran said the question of whether the factory could be saved prevented much progress.

"I don't feel hugely optimistic about it, but I want to know if it is possible or if it isn't and if it isn't, could [Mondelez] just say it.''

Allied Press reporters were told to leave the civic centre by the mayor and DCC communications director Graham McKerracher. Mr McKerracher said the area outside the mayoral lounge was "not a public place'', despite the reporters having signed in to the building.

No-one was keen to talk when they emerged from the 90-minute meeting, including councillors and local MPs.

Is it not time for mayor Cull to step aside?
As the city representative he above all overs should know the difference between a proposal and a decision. Mondelez AGAIN reiterated a final decision on cadburys had yet to be made but Mr Cull has already decided it's a lost cause and given up accordingly!
Well, if this is a sign of leadership from our civic leader, I ask that someone with a stronger constitution stand up, take the reins of the mayors office, and FIGHT for our city!
Time to go Mr Cull, you have lost the respect of hardworking Dunedinites! We demand more from the mayors office than whimpering resignation!

my Mayor should recognise the word "transparency" that he used in his first election. The press are there in public space paid by the rate payers to get the news. They have every right to be there. He needs to lighten up and present his smiley face.