More control for traffic at stadium 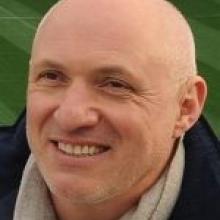 David Davies
More people will be brought in this Saturday for traffic management duties at the Forsyth Barr Stadium, as organisers continue to tweak systems to make the facility work smoothly.

"It's great as a learning experience," Mr Davies said.

But it again meant calls for people to arrive as early as possible, and bring cash, as the Rugby World Cup system, where eftpos was not available inside the stadium, was in place.

Eftpos was available at the box office, he said.

If people came to the stadium early, there would be entertainment, with a country representative rugby warm-up game, and the stadium's two big screens in operation.

"There will be something to watch."

About 10 people had made comments regarding the traffic management plan, after the stadium hosted the Phoenix match, he said.

"At least half of those comments were positive."

To improve traffic flows and pedestrian safety around the stadium, some intersections would be managed so that right turns would not be allowed, while more signs would be put in place, he said.

The affected areas would be along Albany St and also some "remote" intersections further away from the stadium.

Reviews of earlier games hosted at the stadium had concluded traffic hold-ups at intersections away from the venue could often cause queues and hold-ups down the line, he said.

Mr Davies said other criticisms of the venue would result in advertisements being run in the Otago Daily Times and on the stadium's website explaining where people could and could not park their cars. DVML would still prefer people to park closer to the city and walk to the stadium, which took only about 15 minutes, he said.

The advertisements would also explain what could, and what could not, be brought to the stadium, he said. The stadium would have 18 box office windows this week, rather than the 11 last Saturday.