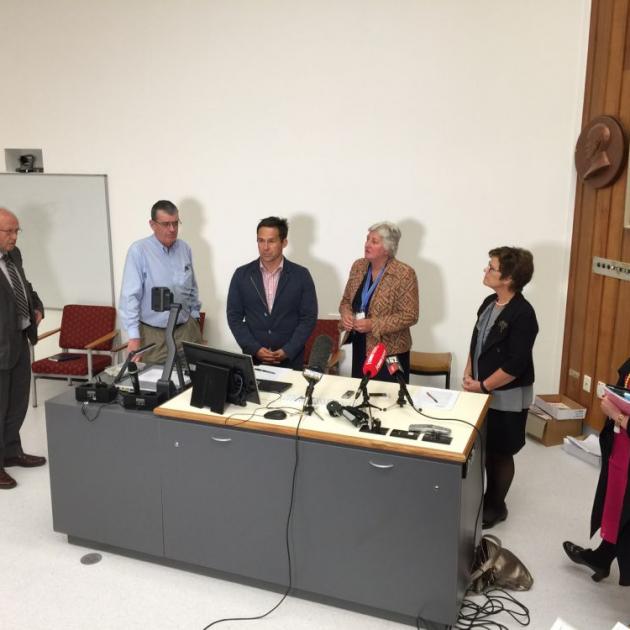 A press conference was held at Dunedin Hospital this afternoon. Photo by Gregor Richardson

More parts of Dunedin Hospital have been closed tonight until further notice following the discovery of asbestos. 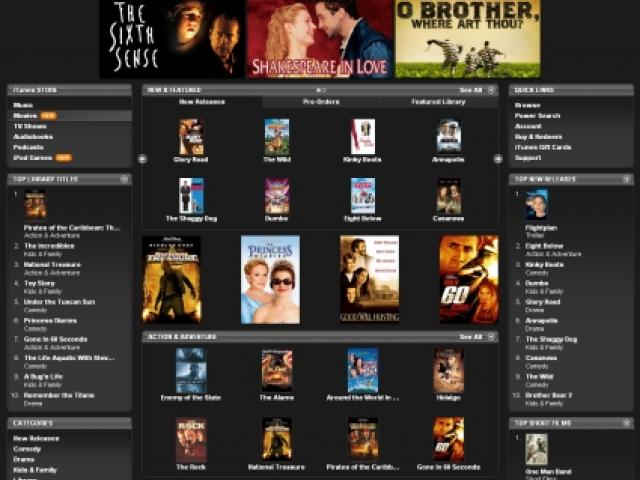 The Southern District Health Board released results of its latest tests after 9pm, advising that the mortuary, the main stairwell and molecular pathology testing rooms (on the third floor) are now out of bounds.

Alternative arrangements were in place for mortuary users, while the stairwell would be decontaminated tomorrow. The board said that while important, molecular pathology testing was not urgent.

All air tests remained clear, the board said tonight.

Earlier in the day, the DHB announced the cancellation of ultrasound outpatient appointments until next Wednesday. Officials said they could not rule out that white asbestos found in an area leading into the ultrasound suite having come into contact with patients.

At a press conference in the afternoon, officials said patients were able to get to ultrasound by a different route, and claimed patient services have not been disrupted.

However, a medical union has contacted the Otago Daily Times to advise that the disruption is greater than media have been told. A machine had been rescued from the department for use on urgent patients, the union said.

Asbestos has also been found in a laboratory on level 3, and in clinic rooms, a corridor and theatre change rooms on level 4, all in the clinical services building. However, those areas are not accessible to patients. Officials said the main risk was to maintenance staff, but it was still a minimal risk.

Surgery medical director Stephen Packer told media today the asbestos risk was minimal compared with that posed by being on roads, or inhaling cigarette smoke. 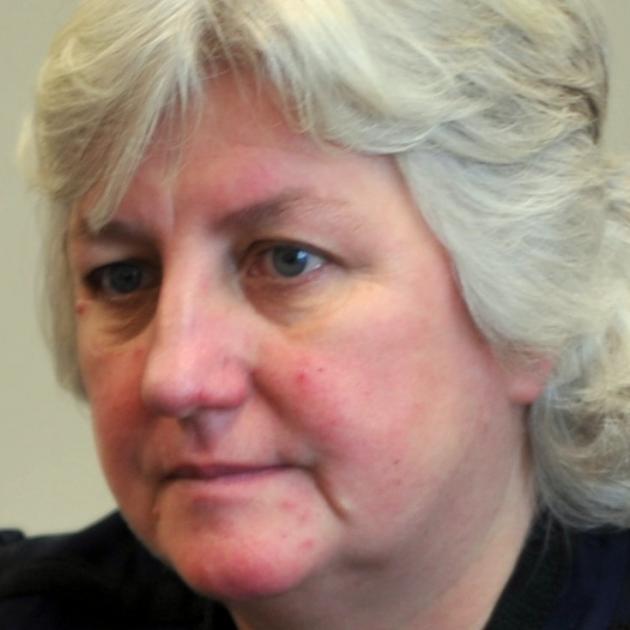 The board sent the same advice to staff in a mass email today, but a staff member contacted the Otago Daily Times this afternoon to say that analogy was ''irresponsible''.

''To use the analogy of being hit by a car (more likely) than getting asbestos in the Southern DHB, I find that that's quite distasteful because it's a very serious matter. If that's the light-hearted approach they take to the whole affair, are they really being responsible in the way they're managing it?''

The staff member said he was not worried about his own health from the asbestos find, but believed the board should act professionally in dealing with the matter.

Southern DHB commissioner Kathy Grant said today the matter was being taken seriously and the wellbeing and safety of staff, patients and visitors at Dunedin Hospital was a priority.

"We have been carrying out routine testing to update our asbestos register ahead of changes to Health and Safety legislation which come into force next year," she said.

Air tests had been carried out regularly over the past few years in the clinical services building and all had come back negative.

"We are taking expert advice on continued access to potentially affected parts of the hospital. We are following best practice which might cause minor interruptions to staff and patients."

Asbestos removal experts were advising the board today and a senior communications official from Canterbury District Health Board flew to Dunedin this morning to help manage the problem.

• Anyone with concerns should contact 0800 214579, which is being manned by Occupational Health and Public Health nurses.