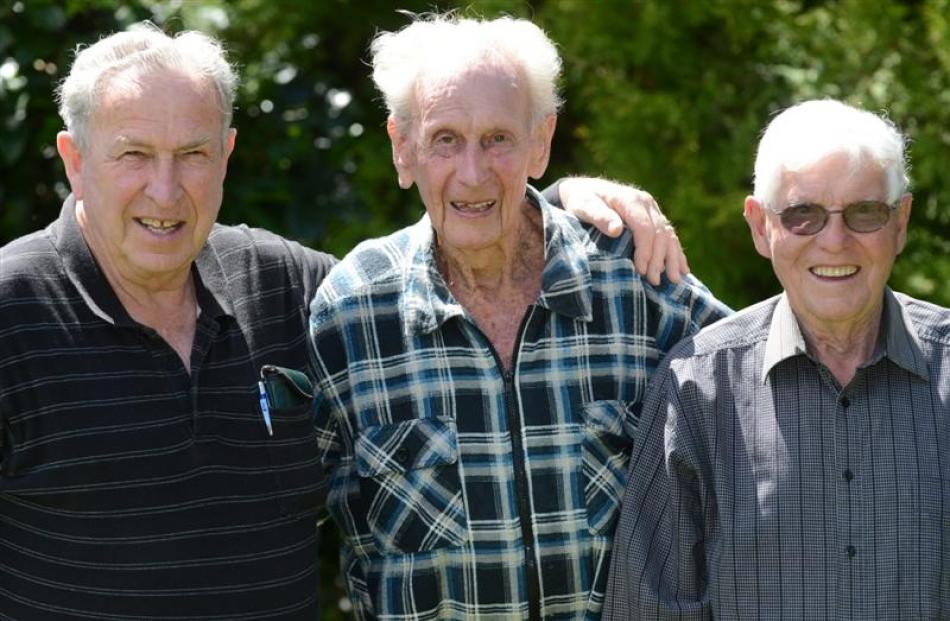 The Mosgiel Rotary Club will next month celebrate 75 years of service to the town.

One of the club's longer serving members, Eric Shaw (78), said it was significant milestone for a group that continued to serve Mosgiel strongly.

''Mosgiel was only a very small town in those days (when it started in 1938). It was the first club in the world that had been started in a town with less than 2000 people.''

The club had continued to exist through the difficult years of World War 2, when men were away or in the Home Guard, and again when a sub-group split away to form the Taieri Rotary Club in the late 70s.

The Mosgiel club was also the first in the world to have its meetings in the evening, for a meal, rather than at lunchtime.

Things had changed dramatically since those days, Mr Shaw said.

The club used to meet at Frew's Tearooms in Gordon Rd, where Mitre 10 is now, and in the early days and the standard dinner was a pie or, for variety, a saveloy.

''I can imagine what would happen if you put that down in front of our fellows today,'' he joked.

The club reached its highest membership in the late 1970s, with about 80 members, and had about 50 members now, including ''about half a dozen'' women.

Over the years the club had been involved most aspects of Mosgiel society, from helping with the war effort to looking after the elderly.

Members were instrumental in starting the Mosgiel senior citizens' club and Mosgiel's caravan park, and had initiated the physical building of the stadium.

The Three Mile Hill lookout had been one of the club's projects, and, of course, the Mosgiel sign at the suburb's entrance.

But that was only the ''tip of the iceberg''. The club had been involved in ''many, many'' more projects around the area.

''They've done a lot over the years. Largely it's gone unheralded and that's the way the club wanted it.''

While most service clubs had been losing membership Mosgiel Rotary had held on to membership fairly well, he said.

Mr Shaw, a former plumber, said he was one of three men who had been members of the club for more than 50 years.

Mr Shaw's father, local plumber Albert Shaw, had also been a member of the club, which was strong on providing fellowship, as well as service.

''The fellowship side is very important. We like getting together and meeting each other every week and having a chat about what we've been up to, and we organise social visits to various things.''

It was not easy for young people these days, because of the changes in working hours and couples were sharing home life duties more, which made it difficult for one member of a family to get a night off for Rotary once a week, but the club had inducted four a five new members in the past year, which was good.

Club president John Seddon said the club was looking forward to marking the occasion. It would celebrate the 75th jubilee with a dinner on November 30.