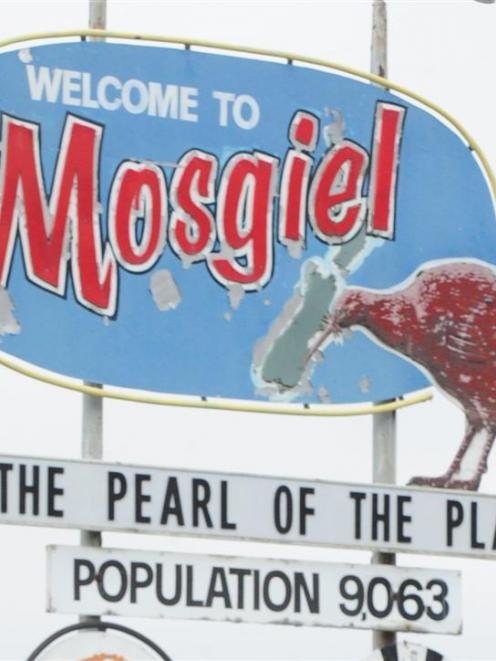 Who's counting? Photo supplied.
With the mystery of Mosgiel's population now solved, it is time to update the suburb's welcome sign, Mosgiel-Taieri community board member Bill Feather says.

For the past two or three years, there have been discussions about the need to update the Pearl of the Plain sign, which gives Mosgiel's population as 9063.

Mr Feather said the problem had always been where the official boundaries of the suburb were, and how many people were now resident.

He believed the figure and the suburb's boundaries were generally accepted by the community.

''So now it will happen.

''We won't be waiting till the next census to make the change.''

It was hoped the topic would come up for discussion at the community board's first meeting of the triennium on November 12.

When he first investigated a few years ago, it was discovered the sign was erected by a service organisation and the ''Pearl of the Plain'' phrase was possibly the result of an early Mosgiel promotion group campaign.

''They coined the phrase and it stuck.''

When they last looked at refreshing the sign, it had been proposed to update the design and logo, but there had not been much enthusiasm, he said.

''So I suspect this time it'll just be a fresh coat of paint and the number updated.''

Issues such as who would do the work and ''foot the bill'' would need to be discussed by the board, he said.