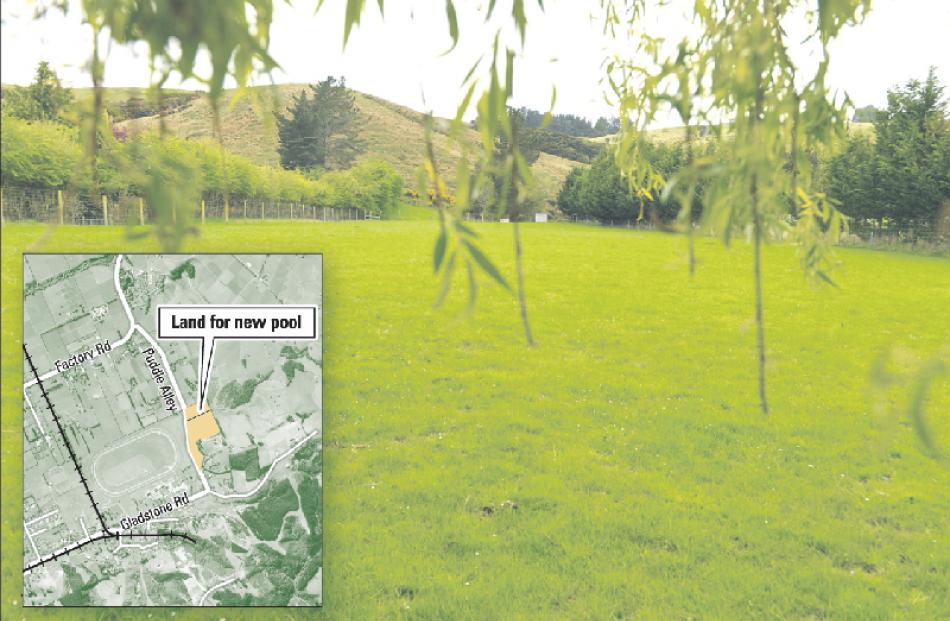 A Mosgiel man has offered to donate a piece of land for a new pool as a way of giving something back to the community.

The offer of a paddock in Puddle Alley to use for a new pool follows the Dunedin City Council saying it would consider budgeting next year to further investigate building a pool.

The council challenged the town's residents to commit to the project.

Murray Nash (79) said he offered the land as a way of giving back to the community he had lived in for 25 years.

The offer relied on his convincing neighbours noise from the pool would not be an issue, he said.

''I'm climbing up to 80 now ... and I'm sort of winding down a bit. So, I just thought: well, I could do something that might help the district.

''Mosgiel people have been pretty good to us,'' he said.

He decided to make the offer after reading stories about a proposed new pool in the Taieri Times and Otago Daily Times.

The ''two or three''-acre paddock (about 1ha) he was offering was a portion of a larger piece of land he owned.

It was about a two-minute or three-minute walk from the end of Factory Rd and the same distance from the railway line as the current pool was, he said.

He hoped his offer would make it ''easier'' for the council to finally build a new Mosgiel pool.

''It's been ... [going on without resolution] for as long as I remember, that the pool has never been big enough.''

Mr Nash had not discussed his offer with the council or the Mosgiel-Taieri community board.

Council operations manager Tony Avery said the council was yet to make a decision about whether to fund a new pool or its possible location.

However, if the decision was made to fund further investigation into building a new pool, ''all options'' for a location, including Mr Nash's offer, would be considered, Mr Avery said.

''It's always great that someone wants to offer something back to the community,'' he said.

Community board chairman Bill Feather said the board would follow up Mr Nash's ''generous'' offer.

''You never look a gift horse in the mouth, and you certainly follow up on the lead,'' he said.