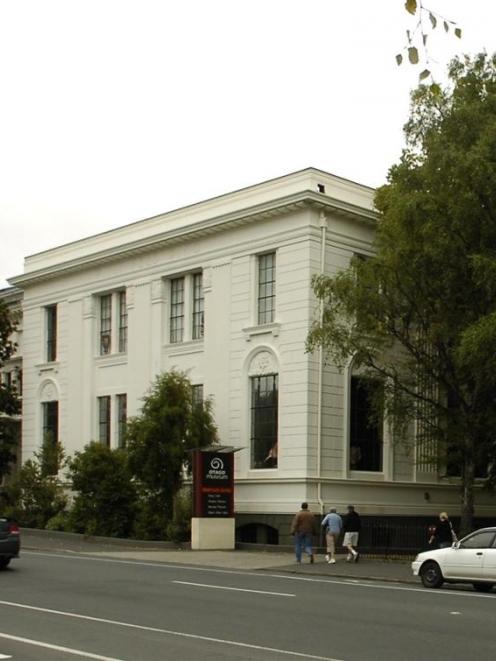 Otago Museum. Photo by Jane Dawber.
An operating deficit of nearly $400,000 in the exhibitions section of the Otago Museum's accounts, some of it linked to the "Survival Factor" science show, is no cause for concern, officials say.

After some Otago Museum Trust Board members asked about the figures at last week's board meeting, treasurer Mike Horne said there was no reason to be concerned.

Draft figures showed when all its operating accounts were considered, the museum was close to breaking even after the first 10 months of the financial year starting on July 1 last year.

Many activities have contributed to the exhibitions division outcome, including "Survival Factor", the first interactive science exhibition developed by a partnership between the museum and the Otago Polytechnic, other special exhibitions, and finances at the museum cafe, which is now run directly by the museum itself.

Some of the museum's recent initiatives, including The Asia Pacific Network of Science and Technology Centres (Aspac) conference, recently hosted by the museum for the first time in New Zealand, were bringing wider strategic benefits, she said later.

"We're putting ourselves on the map."

The Aspac conference, which had almost broken even, had greatly boosted the museum's profile among Asia Pacific science centres and also enabled the museum to showcase "Survival Factor" to a large international market.

Costs amounting to about $190,000 had arisen from that show, which had achieved a "remarkable outcome", including positive public reaction. There was a "reasonable chance" this show would tour parts of New Zealand and abroad, generating some further income.

A recent touring "Dinosaur Eggs and Babies" exhibition, shown in the accounts as losing $58,193, had essentially broken even, once further income was added.

After all extra income was added, the exhibitions and development-related deficit was likely to fall below $200,000.

A special museum fund for exhibitions, which was replenished by extra exhibition earnings, could be used to meet any remaining exhibitions deficit, Ms Wilson said.