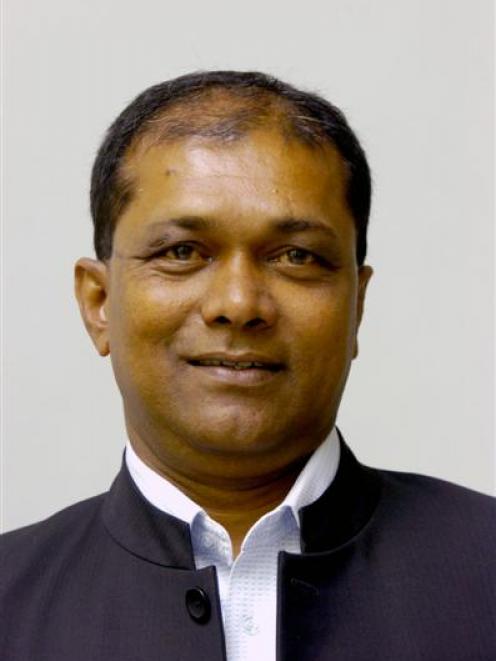 Shimrath Paul
A Dunedin City Council report has identified potential areas for savings and belt-tightening in some Otago Museum costs but museum organisers say parts of the document are "inaccurate" and could create a "misleading impression".

The Otago Daily Times this week obtained under the Official Information Act a copy of a letter written by museum chief executive Shimrath Paul in response to the report.

A copy of the report, prepared by Mr Hall, has been sent to city councillors and a copy has been obtained by the ODT.

It focuses on a review of the museum's "requests for increased funding for energy, insurance, depreciation and staff ".

In his letter to Mr Hall, Mr Paul said there appeared to be "a tension" between the two organisations and it was in the best interests of both to resolve this.

The museum accepted a nil increase in the council's contribution to the museum budget in the 2011-12 year, but he suggested further talks be held, including a workshop for councillors and the museum trust board members, to improve "understandings and expectations of each other".

The report said the museum had "options" to address the insurance issues, it was managing its depreciation needs, and further work on a museum asset management plan was needed to establish the extent of any long-term depreciation funding shortfalls.

Salary information showed a $1.236 million increase was needed, but council officials believed the museum was "holding sufficient funds" to meet the salary rises, including next financial year.

The museum had suggested a requirement to have staffing levels increased to 102.3 full-time equivalent (FTE) staff at a total cost of $6.8 million.

Total museum staff numbers in November 2005 had been 57 FTE.

Although the museum salary review showed a shortfall of $1.236 million to properly remunerate museum staff, the museum had used only $450,000 of the $900,000 the council had provided for this purpose in the past five years, the report said.

Mr Paul took issue with several of the comments about staffing and said funding increases were $700,000, not $900,000, and the museum had not underspent on staff costs; in fact, it had overspent by more than $138,000.