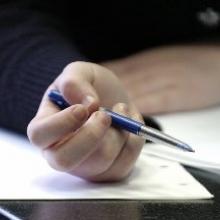 The prospect of cutting back the level of national standards assessment and delaying NCEA exams until a pupil's final year of school has raised eyebrows within the education sector.

An education policy from Gareth Morgan's The Opportunities Party (Top) has proposed delaying national standards until year 6 and delaying NCEA until the final year of schooling, when pupils would have the choice of sitting NCEA level 1, 2 or 3.

The party believes it would give more time for teaching and learning.

Post Primary Teachers' Association president Jack Boyle believed the policy could be good for both pupils and teachers.

``No NCEA exams until a student's final year of school is an interesting policy to put on the education agenda.

``We're over-assessing our young people and have been for a long time.

``Students deserve a quality education and that's becoming harder and harder to achieve because teachers are spending too much time doing needless marking and assessing.''

Mr Boyle said the PPTA was pleased to see Top taking ``this sensible and thoughtful approach'' to its education policy.

``The national standards are a flawed system for assessing our young people. There are inconsistencies around how children are measured against the standards across the country.

``What we've noticed over the years since national standards were put in place is that our fears have been realised, and now a narrowing of the curriculum has occurred.''

He believed the party's policy provided a great opportunity to explore the curriculum and issues surrounding it.

``There is not enough understanding of the flexibility of NCEA. The system is flexible, but we're not using the system as well as we should, and I think we are still assessing too much.''

However, he believed the idea of pupils sitting NCEA in their final year would not work.

``It won't meet the needs of all students, because when is the last year? That's the question we would ask. Year 13 is not the final year for all students.''

Mr Morgan said New Zealand had performed well in international education surveys, but of late it was slipping.

``We are currently following other countries down the line of greater assessment, and competition based on those results, when there is no evidence that will work.''