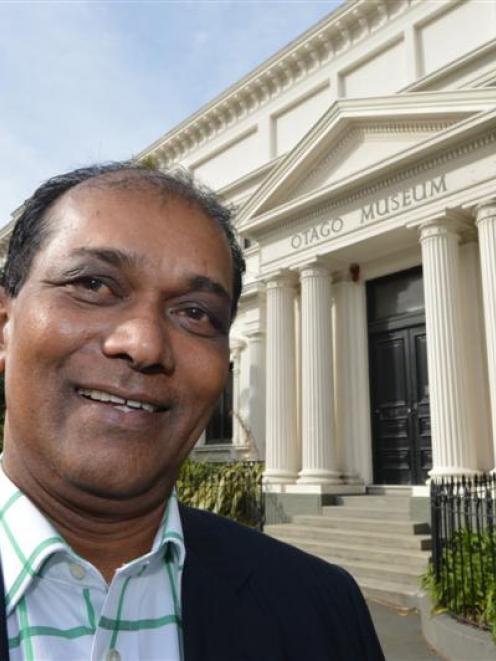 Mr Paul (59) was leaving "on a high" after 22 years at the museum and was looking forward to the challenge of becoming chief executive of a private sector centre of excellence for cancer treatment and research in the Indonesian capital, Jakarta.

This is also the hub for a network of hospitals for cancer treatment in Southeast Asia.

He begins his new job on September 17.

It is understood Mr Paul, whose salary is $310,793, has accrued a considerable amount of sabbatical leave and some annual leave, and this will result in a contractual payment amounting to more than several hundred thousand dollars when he leaves.

Otago Museum Trust Board chairman Graham Crombie said Mr Paul was not receiving any special "golden parachute" payments, but the board was honouring contractual obligations, including those of previous boards. He declined to specify the amount.

The process of finding a successor had begun, he said.

Mr Paul said he "loved" Dunedin and was retaining his house in the city, intending to retire here with wife Molly.

"I have greatly enjoyed my time at the Otago Museum, and feel a huge amount of pride at its transformation during my tenure," he said in a statement last night.

He had offered to return over the summer "to ensure the transition is smooth".

Sri Lankan-born, Mr Paul has an MBA from the University of Otago and joined the museum staff in 1990, to establish and run the museum science centre, Discovery World.

After serving as acting head, he was appointed head of the museum in 1995.

Under his leadership, museum attendance has risen, peaking about 620,000 in the 2008-09 financial year, after the Tropical Forest attraction opened in 2007.

The museum continued to consistently return annual operating surpluses, and its financial reserves had risen from about $1 million in 1990 to about $12.7 million in special and trust funds, he said.

He would miss the "passionate, talented and dedicated people who together make magic happen".

Asked about his relationship with the present board and Mr Crombie, Mr Paul said he had a "professional relationship".

This had "no relevance" to the "very exciting opportunity" in Indonesia.

The Dunedin City Council has frozen its annual levy funding to the museum at the previous level for the last and the present financial year.

The level of Mr Paul's salary, believed to be more than that paid to any staff at the national museum Te Papa, has also attracted criticism in some quarters.

Mr Paul said some critics in the wider community, instead of appreciating that the museum was punching above its weight, had become "mean spirited" and overly negative over success and development in the city, including at the museum.

Dunedin could learn much from the vibrant, entrepreneurial approach adopted by Shanghai, and Jakarta, which were both developing rapidly.

It had been a "life decision" to go to Jakarta, but he was also excited by its positive attitude and support for "tall poppies".

Mr Crombie said that over the past 18 years, through his passion and vision, Mr Paul had led the museum through major developments and its transformation into an award-winning business, community asset and internationally recognised institution and tourism attraction.

Mr Paul said he had been approached about the job by the overall president of Lippo, a multibillion-dollar business conglomerate, which includes the hospital division.