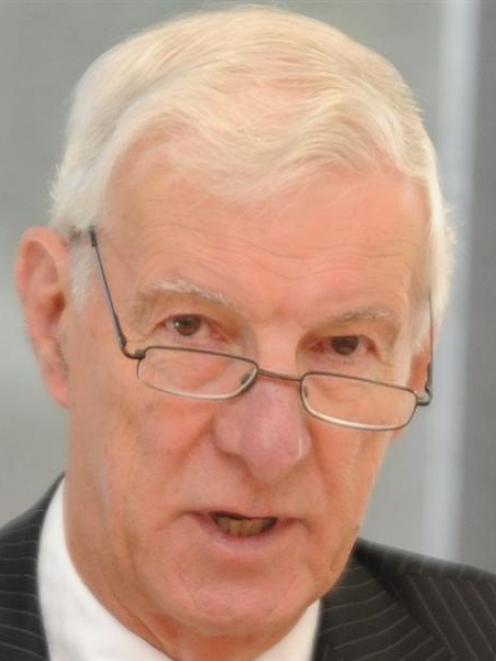 Denham Shale
The number of applications for the role to be vacated by Dunedin Venues Management Ltd chief executive David Davies remains a closely guarded secret.

Applications closed on Thursday, after a month-long search by recruitment company Optima Global Talent on behalf of the DVML board.

Repeated requests for information by the Otago Daily Times went unanswered for a second day yesterday, with board members refusing to comment or say how many applications had been received.

Board chairman Sir John Hansen could not be reached for comment.

Whoever gets the post could expect continued public scrutiny, plaudits and criticism.

The person could also have a new job description.

The company and the operating of Forsyth Barr Stadium were being reviewed by Dunedin City Holdings Ltd, and that group's chairman, Denham Shale, yesterday confirmed the chief executive's role was "certainly" one area under the microscope.

"We've been given a total review job, so that could well come into it at some stage."

The review began in early June, weeks after it was confirmed DVML had lost $1.9 million in the first six months of 2011-12, expected a full-year loss of $2.4 million, and further losses totalling $3.3 million by 2015.

It had initially been hoped results of the review would be presented to councillors by the end of June, but that timetable had since slipped.

Mr Shale said yesterday work was "on track", but results would be presented to the council in November.

"Obviously, we've got quite a lot of stuff now that we've collected, and we are going through methodically, and I'm sure that we will come up with some good suggestions at the end of the day."

Work so far had included meetings with Mr Davies and DVML corporate services manager Neville Frost, as well as reviewing "massive" documentation, but it was too early to say what key changes could follow.

"We're really just putting it together. It would be silly to start making statements."

Mr Shale said he remained confident of turning around DVML's financial fortunes, but would not say why.

"We are getting good co-operation and I'm sure we'll come out with an answer."