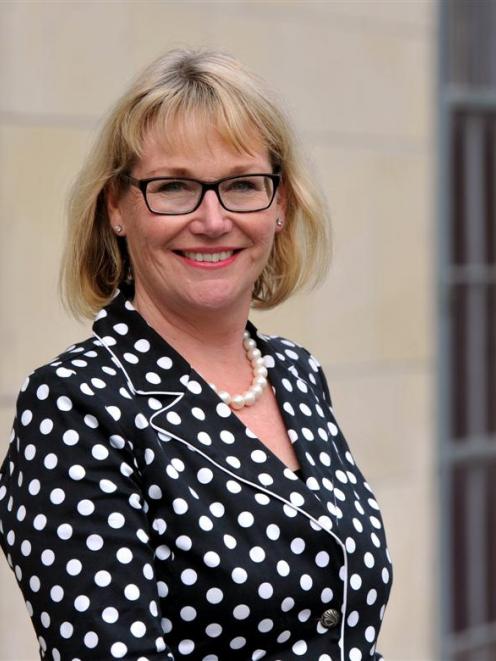 Ms Lovett told the Otago Daily Times she was taking over an organisation that appeared to be turning a corner, helped by the recent stadium review and the company's ''very energetic'' chief executive, Terry Davies.

She was attracted to the Dunedin role by the chance to contribute to the organisation and the city's ''economic growth and vibrancy''.

''If you can do something to contribute to that, I just think it's a great thing.''

Ms Lovett's appointment as chairwoman came two months after she was named as one of two new DVML board members in December.

She brought to Dunedin her experience as a lawyer, deputy chairwoman of Quotable Value Ltd and her background in other roles, including chairwoman of the Netball New Zealand board, the High Performance Advisory Group and Auckland Sport.

Since her appointment, Ms Lovett had been familiarising herself with DVML's ''fabulous'' facilities - the stadium, the Dunedin Centre, including the Town Hall and Glenroy Auditorium, and the Porters' Lounge at the Dunedin Railway Station.

Ms Lovett said she also came with a ''thick skin'' and was prepared for the high profile and public criticism that sometimes came with her new role, although she hoped to prove the stadium's worth in time.

''You get the sense, looking at it, that it's found a level - we're now looking a lot more to the future, rather than worrying about things that have happened in the past.

''That's got absolutely nothing to do with complacency. There just seems be a sense where we've just got to the point where we can start to make some really positive decisions and do some more positive things, rather than catching up with issues.''

Her appointment also came after Dunedin city councillors late last year backed the stadium review's recommendations - subject to public consultation - which would result in the venue receiving another $1.81 million a year from ratepayers.

The aim was to stabilise DVML's finances and turn a small profit in future years but it would lift ratepayers' contribution to the company to $11.65 million a year.

Ms Lovett acknowledged DVML's finances remained its biggest challenge, but she was confident the company would eventually pay its way while also contributing to the city's economic wellbeing.

''There's been a lot of hard work done ... to get to where we are, and I think we should be able to see the reward that comes from that effort that's been put in.

''I understand that things do cause people to feel strongly . . . but nothing worth doing is easy.''