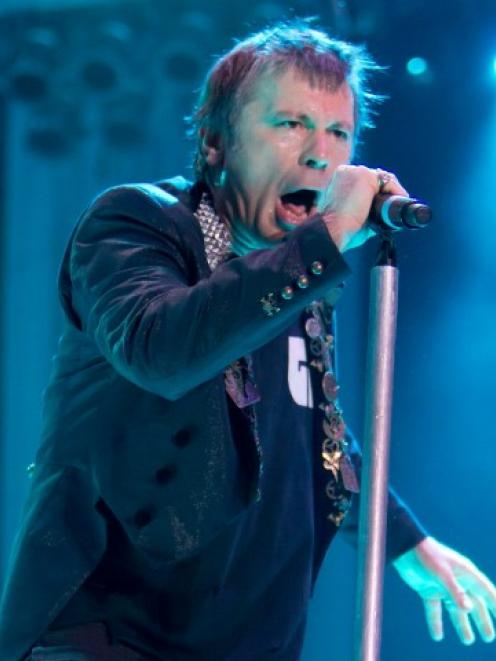 Dunedin will not be on the tour schedule when the veteran British rockers jet into New Zealand next year, but another big rock act looks set to perform in Dunedin instead.

In the end, DVML decided to pass, but the company was in talks with another promoter about a South Island exclusive show ''in the rock space'', Mr Davies said.

''We had the opportunity to bring Iron Maiden [to Dunedin]. After reviewing it, we're working with another promoter who is in the same space.''

He would not be drawn on details yet, but said an announcement was ''imminent''.

His comments came after it was reported this week Iron Maiden would be bringing their show - and their 747-400 jumbo jet - to New Zealand in May next year.

Show dates and locations were yet to be confirmed, but southern fans were quick to create a ''Bring Iron Maiden to Dunedin Stadium'' Facebook page.

Mr Davies said that showed the level of community engagement in Dunedin, and helped DVML understand its market.

''This is a music town, so there is a definite connection between the community, artists, bands - there is a love for music here.''

It also ''absolutely'' put the pressure on, he said.