Not eligible for compensation: dean 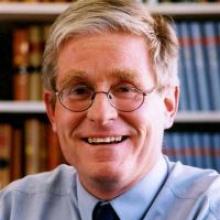 However, Prof Henaghan said four requirements existed for a person to be eligible.

The first was to be convicted of a crime, the second was to have it quashed in an appeal without an order of retrial, the third was to be alive and the fourth was to personally prove innocence.

Because the Privy Council "clearly ordered a retrial" when Mr Bain's convictions were quashed, the Cabinet would need to reconsider the guidelines and the other two would still need to be satisfied.

If political pressure was strong enough, the Cabinet might change them, he said.

A not-guilty verdict counted for his acquittal but did not prove Mr Bain's innocence, Prof Henaghan said.

In order to prove innocence, Mr Bain would need to put together a case for a QC to consider.

"The accused has to show the Crown that it's more likely than not they didn't do it."

"They would feel they would want to do something for him."

Prof Henaghan was a "great believer in juries" and said the trial was "extremely professional".

"My personal view doesn't matter. That's why we have a jury system. It's part of our democracy."

Any application for compensation from Mr Bain would probably be referred to a senior lawyer to consider its merits, Justice Minister Simon Power said yesterday.

Mr Power told Radio New Zealand that no compensation application had been received and he had received no briefing on the issue.

There was no legal right for compensation in such cases and the grounds for awarding it were very narrow, he said.

Mr Bain's case would be considered on its merits if an application was made.

Mr Reed had no doubt Mr Bain was entitled to compensation.