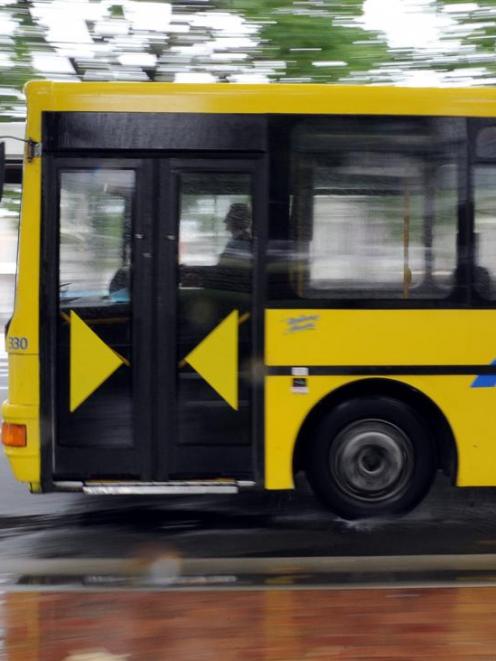 Despite being warned by the New Zealand Transport Agency (NZTA) funding could be denied, the council has called for public bus service tenders using standards contrary to those approved by the national agency.

Mr Brash said the NZTA had approved more than $12 million of taxpayers' money to support public transport services in Otago, mostly in Dunedin, over the next three years.

He said the NZTA was committed to getting the best possible return on its investment for Dunedin by improving the effectiveness of bus services and providing good travel choices. But the ORC's self-imposed standards for bus-service providers and its associated tender process was potentially a waste of money, Mr Brash said.

Therefore, the NZTA would not support it.

''The NZTA has worked closely with council staff for several months to help them make improvements and develop an approach to procuring public transport services that will ensure that every dollar invested will deliver good results for ratepayers, taxpayers and bus passengers in the city. Despite our best efforts, the council has decided to continue with a process that, in my view, will not do this,'' he said.

Mr Bodeker said when contacted yesterday the council was still proceeding with that tender process, which would end next week.

The council was ''well aware'' of the need for public transport and the fact many people relied on it, and staff were working on maintaining services, he said. NZTA regional director (southern) Jim Harland said yesterday matters raised in Mr Brash's letter were under discussion with the council and it was not appropriate to comment further.

The ORC adopted its new regional public transport plan last year, including a requirement for commercial bus operators to replace buses after 15 years of service and to comply with ''Euro 4'' or equivalent emission standards.

National standards, imposed by the NZTA, were for buses to be no older than 19 years and meet the lesser ''Euro 2'' emission standard.

Before adopting its plan, the ORC applied to the NZTA for a variation from national procurement rules, allowing its higher standards to be imposed.

The application was declined.

The last bus tender round was about two years ago and existing contracts will expire at the end of June.