Our thoughts with Elliotts: Roger Weatherston 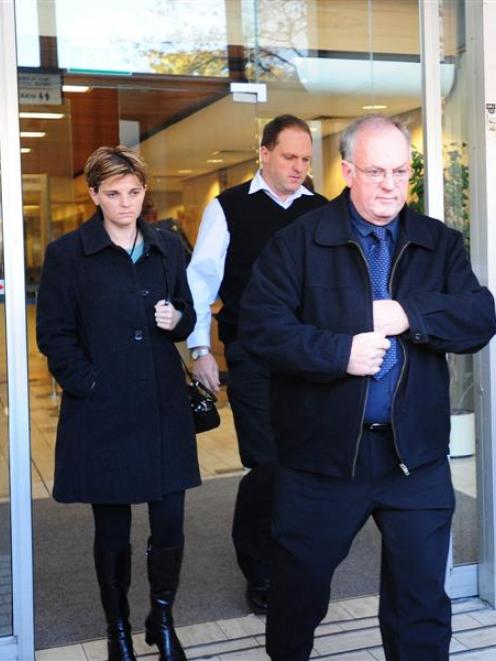 Roger Weatherston's voice cracked with emotion as he read the statement in which the family said they still loved their son and brother and would continue to do so.

They were shocked by what he had done and sad they had not recognised he needed help, because he clearly did, Mr Weatherston said.

"Our thoughts are very much with the Elliott family and their tremendous loss."

The verdict in the case was delivered at 11.20am, five and a-half hours after the jury retired to deliberate.

Weatherston, a former tutor and research fellow at the University of Otago, was charged with murdering Miss Elliott, his former student and girlfriend, at her home in Ravensbourne, Dunedin, on January 9, 2008.

Four and a-half weeks ago at the beginning of his trial, Weatherston pleaded not guilty of murder, but guilty of manslaughter.

He stood impassively in the dock and neither he, nor his family showed any reaction as the verdict was read out.

The Elliott family and supporters were audibly and visibly relieved, with many bursting into tears.

Some called out "Well done" and "Yes" before Justice Judith Potter asked for quiet.

Miss Elliott's mother, Lesley Elliott, who was in the house when her daughter was killed, cried quietly while holding her son Chris' hand.

Mrs Elliott and Yuleen Weatherston, Clayton Weatherston's mother, also exchanged a hug before the Weatherston family left in the lift.

The jury foreman exchanged a word and a handshake with Gil Elliott, and several members of the Elliott family thanked him.

"But there is justice after all."

In a brief statement, Otago University vice-chancellor Prof David Skegg said: "This crime has been a tragedy which has caused much grief.

The university community will be relieved that the trial is over.

"We feel deep sympathy for all those affected."

Mrs Ablett-Kerr declined to comment on the case until after sentencing.