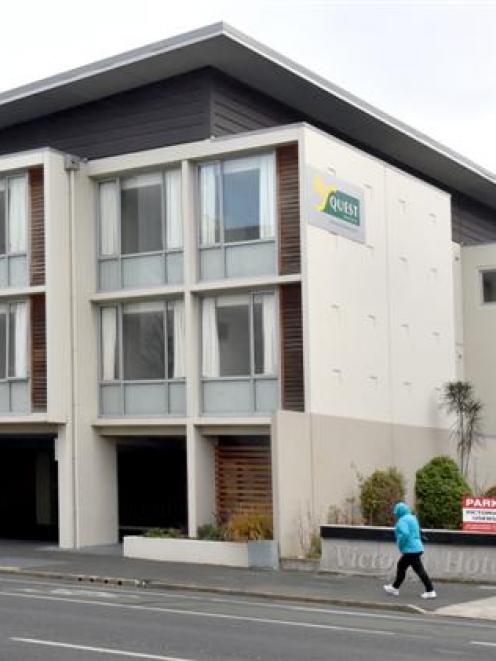 The 42-room serviced apartment building in Cumberland St was sold by Bayleys Dunedin in conjunction with Bayleys International Division.

A spokesman for the division said the investor, a Beijing businessman, flew to Dunedin recently to appraise the property.

The 1012sq m site was sold as an investment property with a 10-year lease from 2012, plus three five-year rights of renewal, to the hotel's operator QD Apartments Ltd.

Bayleys International sales manager James Chan said the buyer was attracted by the high income yield of 9.2% from the property's annual rental income of $580,000.

That was a much higher yield than would have been secured on a property of similar quality in China, he said.

Other attractions included the property's long lease, which also required the tenant to pay for the building's operating expenses, and fixed rental increases of 2% a year.

Bayleys commercial and industrial owner and director Robin Hyndman said another Chinese investor had recently shown interest in the property but decided not to buy it.

Bayleys International director Chris Bayley said there was considerable interest shown by Chinese investors in tourism-related properties in New Zealand, especially those on sites that had future redevelopment potential.