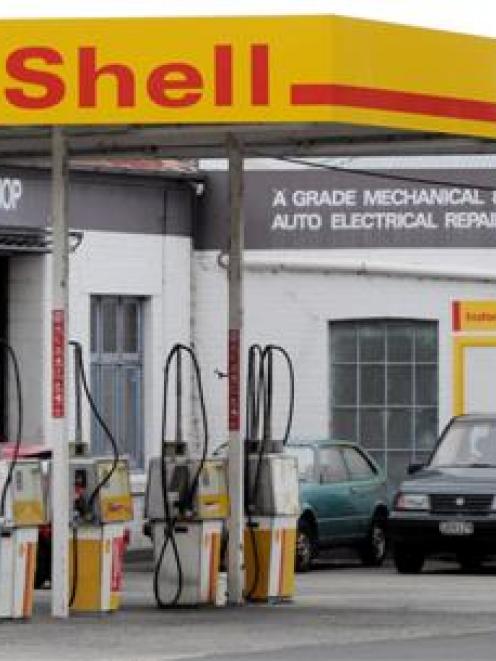 Instone Motors, in Castle St, Dunedin. Photo by Gerard O'Brien.
An inner-city service station owner has seen red after a New Zealand fuel company and its loyalty rewards company told his customers his business was closing.

Z Energy has decided to remove its fuel tanks from Instone Motors' Castle St site next week, and cease its operations there.

A "communication mistake" has left the new fuel company scrambling to put things right after it sent letters to Instone Motors customers about the impending closure of the inner-city station.

Instone Motors proprietor Jack Instone said the letters were wrong and had the potential to affect his business.

"I found it quite derogative. We will be remaining open as a mechanic and service station," he said.

Z Energy spokeswoman Sheena Thomas said the company had apologised for its "genuine mistake" and had since sent apology letters to those customers it had wrongly informed.

A "communications mistake" between different departments at Z Energy and Fly Buys had resulted in the letters, she said.

"We were somewhat horrified when it was brought to our attention. The blame is with us," she said.

Mr Instone said Instone Motors would continue as a registered company. Since the flyers were sent, many regular customers had been in contact to complain about the mistakenly notified closure.

Loyal customer Michelle McCann said she had been "gobsmacked" to receive the notification.

"I use Instone Motors for mechanical repairs and I was confused that the owners had not mentioned the closure of the garage to me."

Ms McCann said she believed the decision makers had not considered Dunedin's geography and that the removal of the tanks would push business to other fuel companies.

"I'm flabbergasted. It seems ludicrous they would pull out of there for economic reasons, when there is all that regular traffic," she said.

Ms Thomas said a Z Energy rebranding included a review of its sites to consider a uniform "store format" across its network.

The Instone Motors site would have involved a "complete rebuild" and this was deemed too costly, she said.

In amends, Z Energy would assist Instone with the initial marketing of its mechanic business, she said.

Alternative inner-city sites might be considered for a Z station, Ms Thomas said.

Mr Instone acknowledged the two parties had "never really gelled on a contract", once Z Energy took over from Shell.

The three tanks were scheduled to be removed next week, he said.