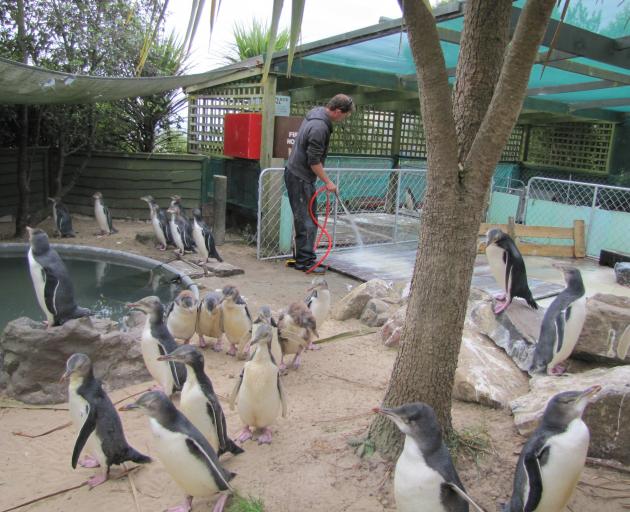 A volunteer cleans up at Penguin Place. Photo: Supplied.
A conservation business crucial to the survival of yellow-eyed penguins on mainland New Zealand is for sale.

Penguin Place co-owner Lisa King said a sale by tender process for the business, and the family’s Otago Peninsula sheep farm, was under way.

But Mrs King said she expected Penguin Place conservation work would continue under any new owners.

The business had been hard hit by Covid-19 tourist border restrictions, she said.

But the reason for the sale was a personal one.

With her husband’s pending retirement in November, she planned to step away from the business.

Mrs King owns the business with her brother, Brian McGrouther.

It would be up to the new owners whether any conservation work continued, she said, but she would be very surprised if it stopped.

"I think people realise how important it is, and I think any new buyer is going to see it as a huge feather in their cap to continue that facility," Mrs King said.

Last year, it was one of 127 New Zealand businesses to receive strategic tourism assets protection programme funding. It received $500,000.

The grant funding would not affect the sale, Mrs King said.

The Department of Conservation said almost one in five of the nationally endangered yellow-eyed penguin chicks that fledged from mainland New Zealand this year were brought into care at Penguin Place before going to sea.

Penguin Place was one of the most important attractions Dunedin offered visitors.

It was a stellar example of tourism and conservation working hand in hand, she said.

He also said if it did not continue in its current form, he would hold grave concern for the species in the Catlins and Otago Peninsula areas. 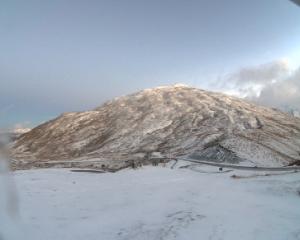