Plea for return of artworks 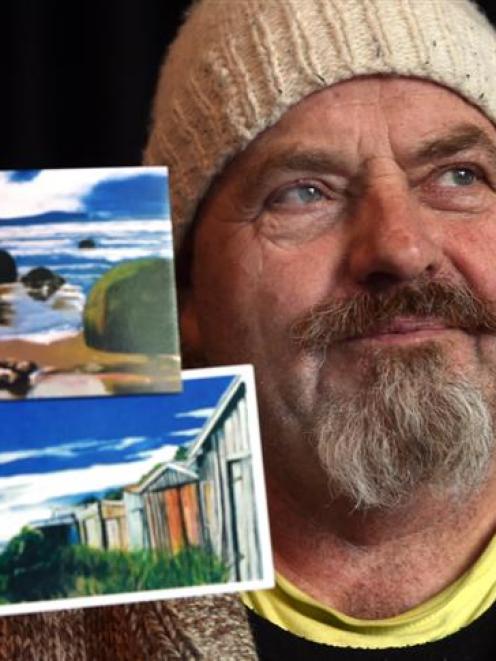 Orion Das with prints of two of the paintings that were in his van when it was stolen from St Clair at the weekend. Photo by Peter McIntosh.
All Orion Das cares about is getting his works of art back.

The 59 year old artist was woken at 7am on Saturday by his sister in law, who told him his van had been stolen from outside her St Clair address.

Police yesterday confirmed the van had been found nearby. Forensic analysis had been completed, but they were unable to release any further information on the artworks.

Mr Das said his sister in law had been out walking her dog at 1am, and the van was still there at that time. The artist recently moved back from Australia to take care of his mother, who has dementia. Mr Das said he had shown his art in Oamaru and around Australia.

He had planned on going to the Waitati Market this weekend to sell some of his prints and paintings, along with some other ''personal things'' he had taken out of storage, which were also in the stolen van.

He needed the money, he said, ''because I used up all my savings to take care of Mum''.

He was not sure how the thief had managed to steal the van, which was locked and had a steering lock on it.

Mr Das did not have theft insurance on the van - it was old, he said, albeit in good shape - but all he really cared about was getting the paintings back.

He hoped that by talking about the theft publicly, whoever took the van would return his artwork.

''I just want my work back,'' Mr Das said, repeatedly.