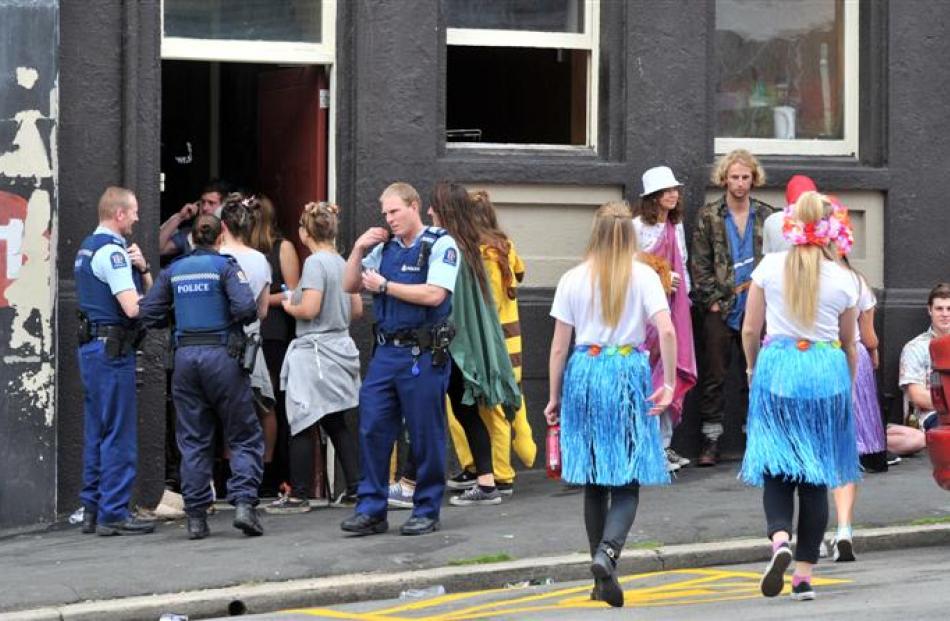 Four students were arrested and a stereo seized from a drunken party in Stafford St yesterday.

Police closed the party down with the consent of the three storey flat's tenants about 4pm.

Three men were arrested for offensive behaviour and another for breach of peace, Senior Sergeant Darryl Lennane said.

The colourful costume party attracted the attention of nearby residents and businesses, and police received multiple calls about disorder in the area.

The flat caught police attention last year after a party became a ''bit feral'' and was shut down by officers in May.

On that occasion, intoxicated people climbed on the roof of the building, causing a headache for police and alarming passersby.

''There was some concern about the safety of where they [partygoers] were,'' he said.

Police entered the party about 1.30pm and on two other occasions later in the day. One Stafford St resident, told the Otago Daily Times it was only a matter of time until someone was hurt at one of the now regular parties in the flat.

''Someone's going to fall out of [the windows] one day,'' he said yesterday, pointing to apparently drunken partygoers perched on windowsills on the third floor.

People were using his driveway as a urinal and vomiting on the street, the man said.

''It's annoying - there's always bottles down the driveway and I have got to clear out the driveway before I take the car out,'' he said.

Snr Sgt Lennane said the people from the party who were arrested would be given pre charge warnings.