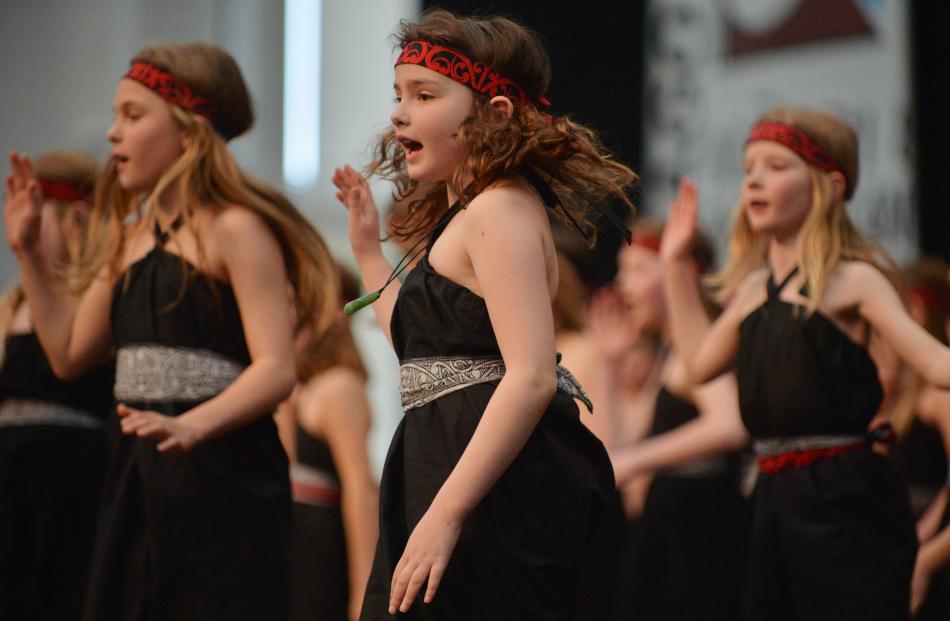 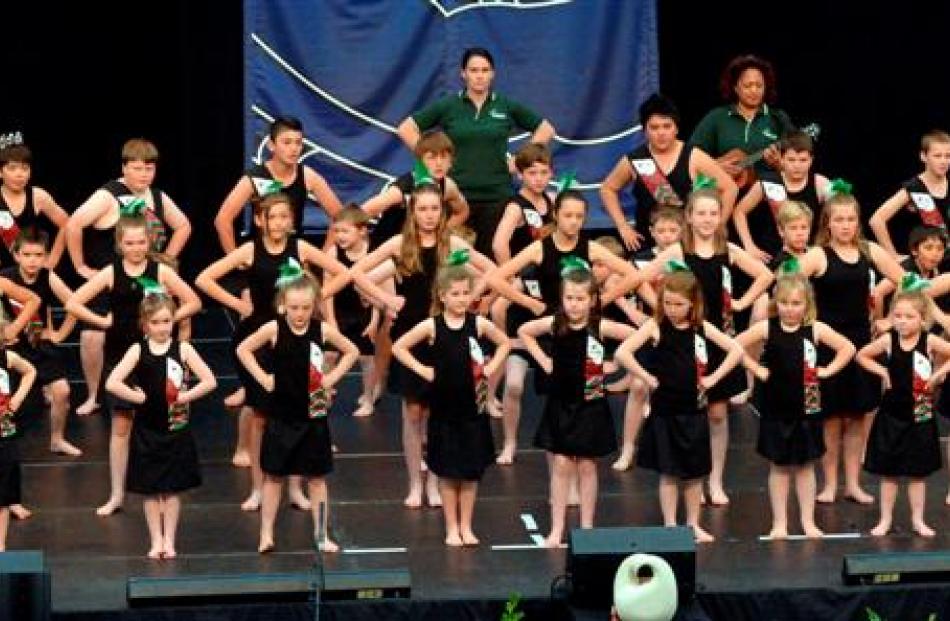 Strath Taieri School performs at the Maori and Pacific Island Festival at the Edgar Centre in Dunedin yesterday. 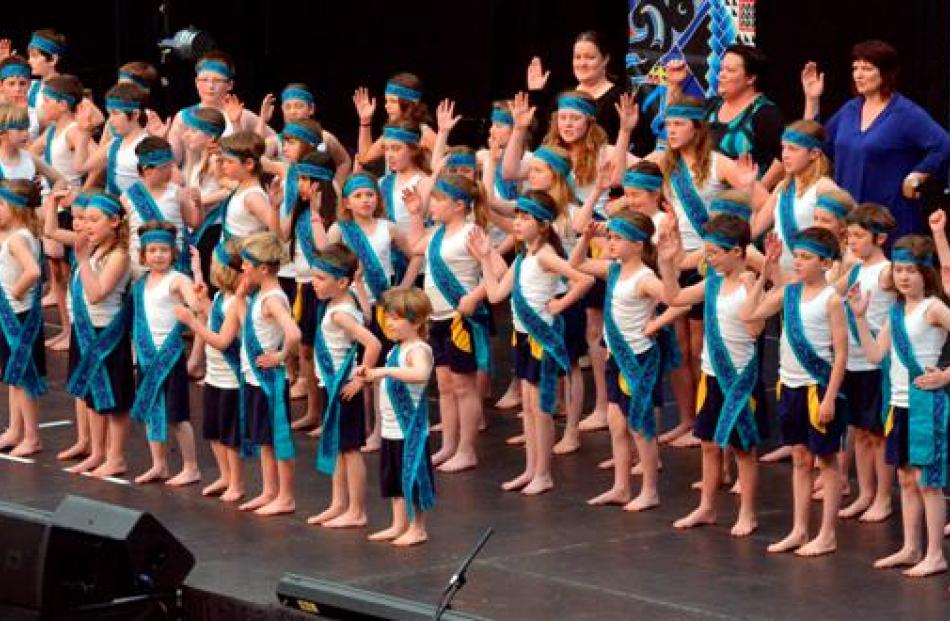 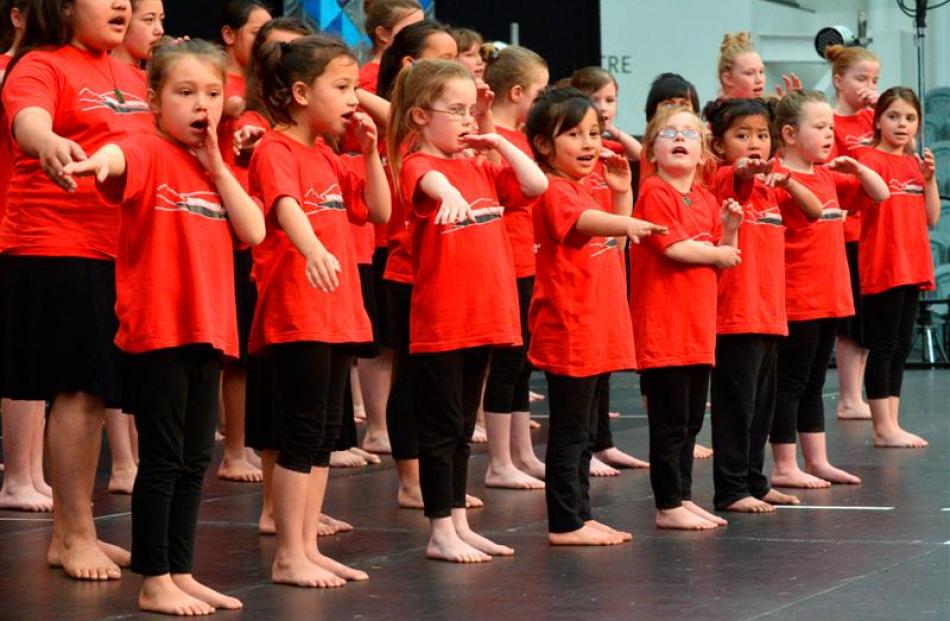 Brockville School pupils in the spotlight.

One of the South Island's biggest arts and cultural events, the Otago Early Childhood and Schools Maori and Pacific Island Festival (Polyfest), is being held this week.

The festival, in its 20th year, began on Tuesday night with a performance by Pacific musicians Adeaze and Seth Haapu at the Edgar Centre.

About 5000 pupils from Otago primary and secondary schools will perform this week.

Festival chairman and Bathgate Park School principal Whetu Cormick said the performances had taken months of preparation and were of high quality this year.

The festival was important in showcasing Maori and Pacific cultures as well as giving pupils a chance to learn more about the cultures, he said.

''It is a good opportunity for every child from any ethnic background to experience the Maori and Pacific culture,'' Mr Cormick said.

The festival would attract an audience of about 4000 people, he said.

Some primary schools performed yesterday, and others will be on stage from 8.30am today.

This evening, high school participants will take the stage.

Dances will include the Maori haka, the Samoan sasa and the Hawaiian hula.

The festival continues tomorrow from 8.30am.