Porridge and a wee dram for sister act 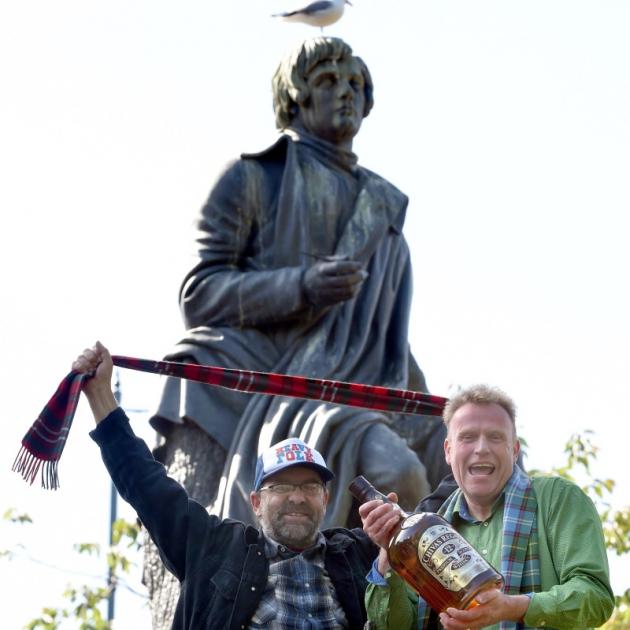 Free whisky - that got your attention. Tastings of the water of life, peaty ale, acts by Scottish performers and a porridge-eating world-record attempt - these are just some of the ways Dunedin and Edinburgh will strengthen ties later this month.

Sister Cities Tartan Ties will be held in Dunedin for three days from November28. The collaboration will celebrate artists and creative projects in both cities.

The New Zealand-based British Council and Creative Scotland have funded $15,000 for three Scottish musicians to join the Dunedin celebration.

Scott, of Dunedin bands The Bats and The Clean, said his father emigrated to Dunedin from Fife in 1958 and Scottish music was regularly sung in his family home.

''It's a strong part of my musicality ... it's deeply ingrained so Sister Cities Tartan Ties makes perfect sense and it's really good to get involved.''

''We are going to set a world porridge-eating record.''

There would also be free whisky tasting, haggis, and oat pancakes, he said.

Emerson's Brewery was brewing kegs of a peaty Scottish Ale.

The British Council has been working with Mr Vare, Auckland's Gareth Farry, Dunedin City Council and Creative Scotland to make the most out of bilateral ties between Dunedin and Scotland.

Some of the artists from both cities had been collaborating via Skype, he said.

''It's fantastic to see musicians from both cities being able to collaborate over the internet before coming together for live performance in each other's backyards, bringing their stories and shared history with them.''

''They want to know more where their ancestors emigrated to.

''They are fascinated to learn about the Scottish place names, the whiskies, the tartans and modern culture.''