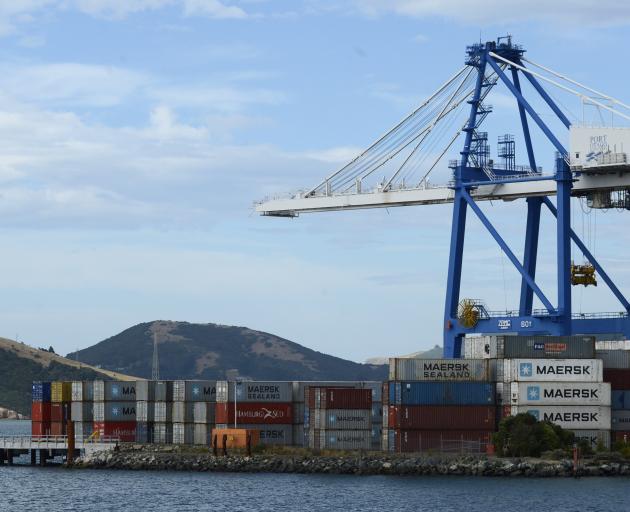 Shipping giant Maersk's Rio-class ships now berth in Port Otago each week, leading to a flurry of complaints from residents around the harbour unable to sleep at night.

A low, thumping noise from the ship's generators reverberates around the harbour, affecting residents from Harington Point to Ravensbourne.

There have already been three times as many complaints about noise from the port this year than in the previous two years combined. Since December, there have been 35 complaints related to container ship noise, 24 in March alone.

In the previous 23 months there were eight complaints about noise and only one was because of generator and ship noise.

Port Otago chief executive Kevin Winders said Maersk was investigating an engineering solution to the 63Hz sound problem and the port had taken steps to limit the noise.

An acoustic consultant would also review the areas affected by the noise and investigate what steps could be taken to limit it.

Council resource consent manager Alan Worthington said it would engage its own consultant to review the port's report.

Port noise was managed through the district plan and Port Otago was responsible for reducing the impact of the noise on residents, he said.

There were no maximum noise limits for the port, instead the district plan required a framework for managing noise from port activities, which included a noise management plan, a mitigation plan and a port noise liaison committee.

Under the mitigation plan, measures must be taken to reduce the impact of the noise in those areas affected.

Why should the port have to do anything it was there well before any resident ever moved there they are a major employer of Dunedin and the biggest in the port . If any resident cant stand a bit of noise move out easier for you to move than the moving the port . But once again in this city it is the business that loses out .

That's like saying there should be no noise restrictions on vehicles out side your house because the road was there a long time before you were.

Our local government has failed us. Is this because ORC own Port Otago? How can there be no limit on noise pollution? A pipe band has to stop playing at the weekend because of a noise complaint yet there is no noise pollution limit for a commercial business in a residential area? And it's not just noise pollution, there appears to be no limit on air pollution either. Many ports around the world have rules to minimize air pollution but not here. Some of these larger ships entering the Port is the equivalent of having an extra 200,000 cars our Dunedin roads. Our council leaders are gutless and residents to scared to speak out in case it causes housing prices to drop. It is a scandal, environmental rape and local corruption at it's best.