Posies made for graves 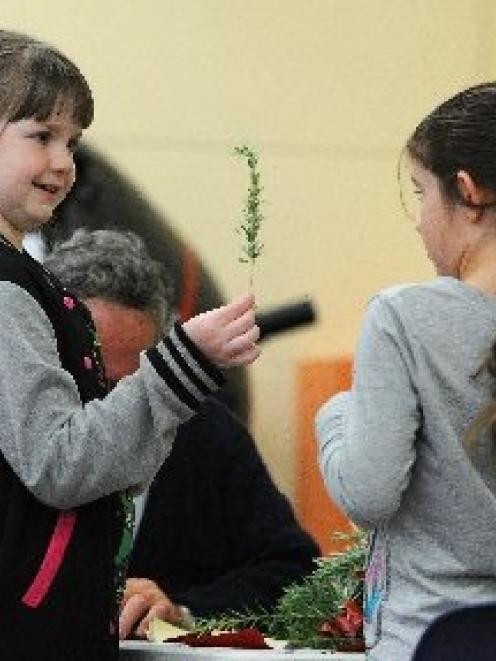 ''Rosemary is for remembrance. It's not just for cooking with,'' volunteer Jim Robertson, of Mosgiel, said.

Rosemary was traditionally placed in the hands of the dead at funerals and has particular significance to Anzacs, as the herb grows wild on the Gallipoli peninsula.

Mr Robertson (89) was part of the New Zealand J Force, which occupied Japan at the end of World War 2, and had been helping with the Anzac Day rosemary sprig tradition ''since about 1989''.

''Some people have been coming along to help for quite a few years,'' he said.

''We get most of the rosemary from around Dunedin and a bit from Roxburgh. We put one sprig on each grave. We used to have flowers with them, as well, but it got a bit too involved.''

Dunedin Girl Guides, Brownies and Pippins will place the posies on services section graves in ceremonies at the Andersons Bay and Green Park cemeteries this morning.

''It's to remember those who served us in the war,'' Wakari Girl Guide Josephine Throp said yesterday.

''It's the day we remember those who gave their lives for us.''

Toitu Otago Settlers Museum will open at 7am today to provide free tea and coffee for people attending the Anzac Day dawn service at Queens Gardens, which starts at 6.30am.

The refreshments would be provided by museum staff, supported by Otago Settlers Association volunteers, in part of the Josephine Foyer. The museum cafe would also be opening early, Ms Evans said.