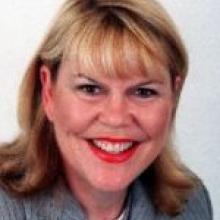 Tourism Dunedin chief executive Jan Hindson. Photo by Sam Henderson.
Tourism Dunedin says it is taking a more positive view of the downturn in the tourism industry than Destination Queenstown.

She referred to the downturn as just ‘‘part of the life-cycle'' of the tourism industry.

Two weeks ago, Destination Queenstown chief executive David Kennedy painted what was described as a ‘‘gloomy picture'' of a resort, with an increasing number of commercial beds facing two years with ‘‘little or no growth''.

However, Dunedin was still forecasting growth and did not face the same issues as Queenstown.

She believed the downturn in tourists from long-haul markets, such as North America and Britain, would show up the importance to the city of tourists from Australia.

‘‘The Air New Zealand brand flying direct into Dunedin has perhaps even more significance in these current conditions.''

She noted that tourists from China were keeping New Zealand's ‘‘inbound'' numbers up but the benefits were mainly to Auckland and the airlines.

She described it as ‘‘a market with a problem'' and believed it would be a long time before it brought benefits to Dunedin.