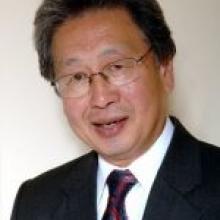 Peter Chin
The Dunedin City Council has already bought two properties on the site of the Awatea St Stadium.

Mayor Peter Chin confirmed the purchases yesterday but would not discuss them further.

The Otago Daily Times has been told by various sources that the council agreed at a meeting on Monday to pay about $470,000 for a small piece of land in Awatea St.

It has also been told the price was double the council's estimated value and the deal was done under the threat that if it was not signed off on Monday, the price would increase by $100,000. It was not clear last night where the money would come from.

The council gave approval for the spending by a margin of one vote.

Two councillors were absent from the meeting, including Teresa Stevenson, who has been against the stadium.

Mr Chin said "a couple of sales'' had been confirmed during the confidential parts of council meetings.

"I can't remember the actual street addresses or necessarily names. But there has been a commitment.''

At Monday's lengthy in-committee meeting, Mr Chin, deputy mayor Syd Brown and chief executive Jim Harland were given an extension on their self-imposed deadline to confirm that conditional property contracts, between the Carisbrook Stadium Trust and Awatea St property owners, were "satisfactory in all respects''.

The new deadline is April 28.

The Carisbrook Stadium Trust has said there are 13 contracts for the freehold and leasehold of 7ha at the site.

When asked if more contracts would become "unconditional'' before the deadline and require purchase decisions, Mr Chin said: "there may be''. He was "working through'' the process of how that would be handled.

The purchases so far had been "by and large'' small value properties, but the need to confirm "higher priced'' conditional contracts is "not far away''.

The Otago Daily Times has also been told by a source, that one business that was negotiating a relocation deal with the trust has, during the last week, increased its price by $1 million and now settlement would cost the council about $1.1 million. Mr Chin would not comment.

The total cost of purchasing the stadium land is believed now to stand at about $34 million. The original budget was $20 million.

Tomorrow night at 5.30pm, members of the pro-stadium group, Our Stadium, and the Otago Chamber of Commerce are being invited to the Dunedin Town Hall to consider purchasing "lounge club memberships".