It's 1981 and I’m sitting on the road outside the Southern Cross hotel on a cold night watching my mother being trampled on by a pro-tour sup porter, writes Alastair Duncan.

Who would have thought that within a few short years, Muldoon’s mate Jim Bolger would celebrate the end of apartheid and praise Nelson Mandela.

Still, at last I can watch a rugby game without feeling guilty. 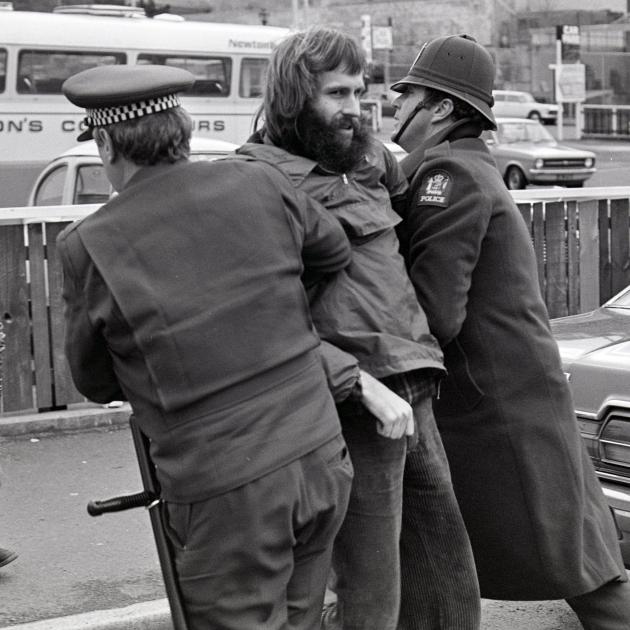 Protester Alastair Duncan is led away by police in Dunedin during a 1981 protest. PHOTO: ODT FILES

The 1981 Springbok tour left its mark. Those of us who ended up with ‘‘crim inal’’ records faced challen ges in travelling overseas for many years, and I still look at the Southern Cross wondering if the bus that brought the Springboks from the airport would have run me over if the police hadn’t grabbed me first.

I was 40 years younger, thinner and hairier than I am today, but the legacy remains. Yet so too does the unease. Thousands of citizens marched, protested and stood up for justice in a far-off land, yet at the time, many failed to make the connection to the deprivation and alienation of tangata whenua in this land.

It was a sort of Black Lives Matter —  if they are overseas.

But let’s not forget how diverse the anti-tour movement was. It really did represent ordinary Kiwis,  just as Muldoon claimed “Rob’s mob” was the heart of his nation. 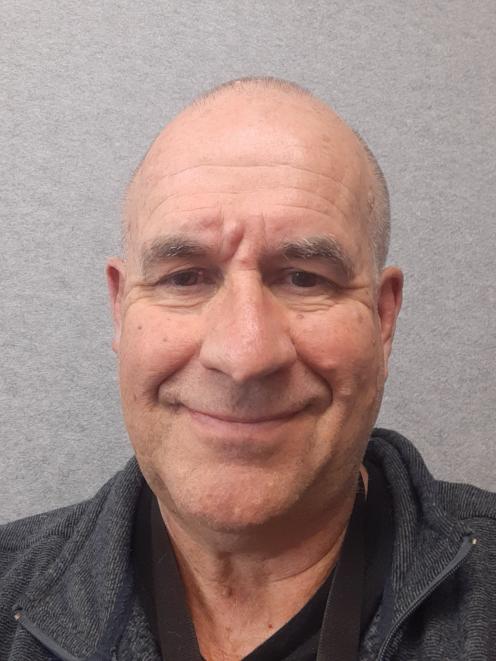 Alastair Duncan
And what a mix of protesters we were. A few short years later, some of those same protesters were embracing a new revolu tion:  Rogernomics and the neo-liberalism that led to generational poverty in NZ.

Donna Awatere challenged the ‘‘Left’’ on why we didn’t march to support Maori land rights, even as she moved to the right and eventually became an Act party MP.

Ross Meurant and the Red Squad came to reconsider their role.

As a hotel workers union organiser at the time, I remember the management of the Southern Cross agreeing that if staff voted not to have the Springboks stay at the hotel, management would respect the decision!

A close vote agreed the Boks could stay. In those days hotel staff got time and a-half on the week ends, taxis home at the end of the shift and meal supplied.

Those rights don’t exist today and restaurateurs paying poverty wages wonder why Kiwis don’t want to work for them.

Forty years on, I wonder how Kiwis would have responded in this age of emails and electronic lobbying.

Protesting at the Octagon, marching on Carisbrook and my mother getting trampled at the Southern Cross made a differ ence. I’m not sure ‘‘defriending’’ the Springboks or All Blacks on Facebook would have the same effect.

So, thank  goodness for those New Zealanders who today march for gender equity and the environment, and protest the creeping shadow of child pov erty.

See you on the streets!

• Alastair Duncan was the Otago secretary for Hart,  the anti-apartheid movement in 1984,  and continues his work in trade unions today.