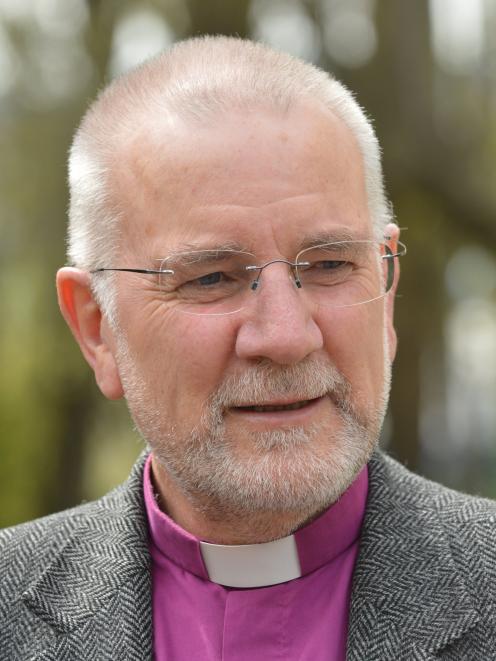 This week, the Rt Rev Dr Kelvin Wright informed the New Zealand Anglican Archbishop, the Most Rev Philip Richardson, of his intention to retire as Bishop of Dunedin on April 17, 2017.

Dr Wright said he gave so much notice because he believed the diocese needed to make some very important decisions about its future.

"In my opinion ... the diocese should not be subject to a long interregnum. And to make an appointment as soon after my departure as possible, we would need to set processes in motion in the not too distant future.

"Further, some very careful thought needs to be given as to how we will pay for episcopal ministry in the future, and maybe some hard choices and some innovations may need to be made,'' he said.

"The issue is financial. There is a question about whether we can afford a fulltime bishop in Dunedin.''

Dr Wright said the diocese might continue with a bishop, but it might be "a part-time position'' and might include working in another role within the diocese.

He would not say how much it cost to employ a fulltime bishop.

"We've got a separate account that pays for the bishop, but it contains a lot of other things as well, like a personal assistant.''

Dr Wright said he would turn 65 in April next year, and believed it was as good a time as any to retire.

He said the Anglican Church's failure at the recent General Synod in Napier to approve same-sex marriages did not have any impact on his decision to retire.

He is in favour of same-sex marriage.

"I've got other things I want to be doing. It's a good time for me to move on.

"I'm looking forward to having a life of my own again.''

Dr Wright said when he retires next year, he would have been Anglican Bishop of Dunedin for seven years.

Before that, he was Vicar of St John's, in Roslyn, for 12 years, and had worked in parishes in Hamilton and Christchurch since he was 29.

"Pretty much my entire adult life has been devoted to the Anglican Church.''

Dr Wright said it would be difficult to cut all ties with the church, so he would remain in Dunedin following his retirement, and continue with "personal spirit progression work'' and lead retreats and conferences.

"For me, it's a change of focus. I'm not going to sit around growing dahlias and playing lawn bowls - not that there's anything wrong with that.''