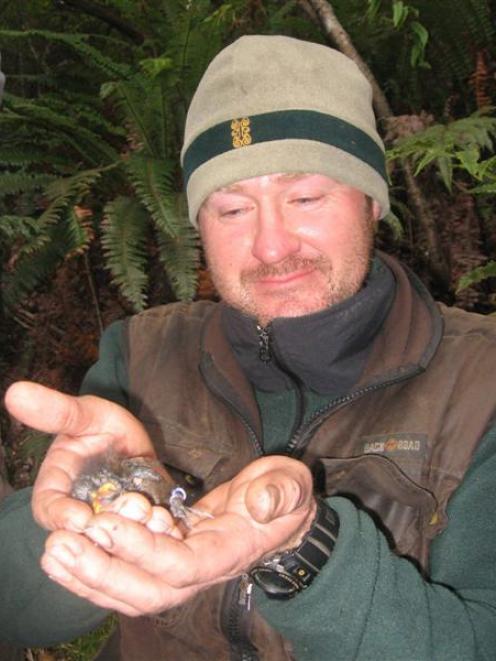 About 34 of the nationally-endangered birds were released into the ecosanctuary, the first time the saddleback (or tieke) had lived on the South Island in 100 years.

Ms Baillie said the early start to breeding showed the parents were in good condition and there was probably a lot of food in the ecosanctuary.

"Although successful breeding is a good sign for the reintroduced population, it is still too early to say whether the population will start to grow."

The first two saddleback nestlings, about 15 days old, had been banded, as they were expected to leave the nest within the next week, she said. Another pair have just had their nestlings hatch.

Researchers and staff would use the bands to identify and track the birds.

Since the assisted migration of about 25 South Island robins (or toutouwai) from commercial forest plantations in Flagstaff and the Silverpeaks in April this year, eight had returned and at least six birds were settled within the predator-proof fence, Ms Baillie said.

"One of those birds, a female was resighted for the first time since being released, when she was found with one of the males two weeks ago. Researchers hope that there may be a few other robins secretly hanging out in or around the sanctuary looking for mates."

One pair was feeding nestlings, while another pair was about to start nesting, she said.

University of Otago associate professor of zoology Dr Ian Jamieson said a team was surveying the ecosanctuary for sightings of robins and saddlebacks which fledged last year to see if they survived winter.

The early breeding and survival rates of the fledglings were critical to whether populations grew and established in the ecosanctuary, he said.

Another release of robins was planned for a few months' time, to top up the population within the ecosanctuary.