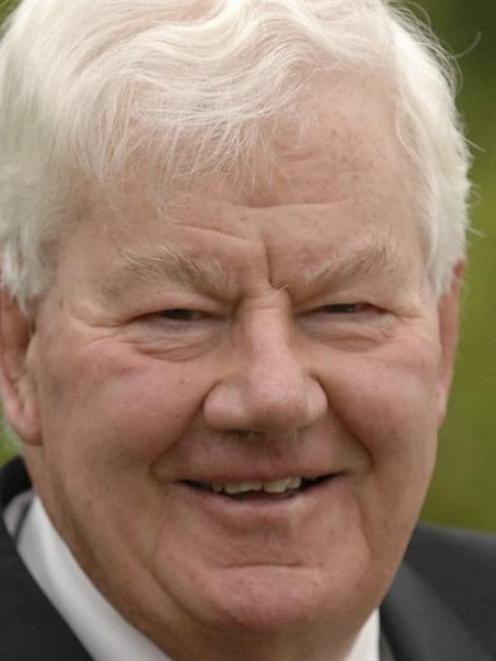 Joe Butterfield.
The Southern District Health Board drew more complaints about its handling of Official Information Act requests than any other health board in 2013-14, figures in the Office of the Ombudsman's annual report show.

Its 19 complaints were more than big state sector organisations such as the Accident Compensation Corporation (17) and Housing New Zealand (16).

And the Southern board accounted for 28% - more than a quarter - of the total number of complaints about New Zealand's 20 health boards in 2013-14.

All up, the Office of the Ombudsman received 1207 complaints about OIA requests, and 246 about the law governing local government, the Local Government Official Information and Meetings Act (LGOIMA).

Health board chairman Joe Butterfield, of Timaru, said when contacted the health board might have a ''tougher policy'' than other organisations on what was released. But he did not think it was doing anything wrong.

Board management released figures showing five complaints to the Ombudsman filed by the Otago Daily Times had been upheld in 2013-14.

''Probably because you people filed so many, isn't it? Most of them come from the ODT.

''There's only about six of them where the Ombudsman actually said we were wrong.

''We can't stop the numbers coming in. We may have a tougher policy on what we release than some people,'' Mr Butterfield said.

The board took a week to respond to the query about its seemingly high number of complaints and it approached the Office of the Ombudsman for further information before responding.

SDHB chief executive Carole Heatly said in an emailed statement the board received 199 OIA requests in 2013-14.

The board had been advised of 13 of the 19 complaints, some of which were being handled by the Ombudsman without the board's involvement.

''I am happy with the way in which we are managing the OIA process.

''Of the 199 logged, we have received 13 complaints received via the Ombudsman's office.

''Of these, 10 have been upheld. Five of these were from the Otago Daily Times and several others are on a single issue,'' she said.

In the annual report, the office said members of the public lodged 55% of OIA complaints, and 75% of LGOIMA complaints nationally.

Next highest was the media, lodging 16% of OIA complaints and 11% of LGOIMA complaints.

Government departments were the subject of 496 complaints, while state sector agencies, including health boards, accounted for 521.

This showed a continuing trend for a similar number of OIA complaints to be made against the wider state sector as against central government.

While 60% of complaints involved the partial or outright refusal to release information, 31% concerned delays releasing information.