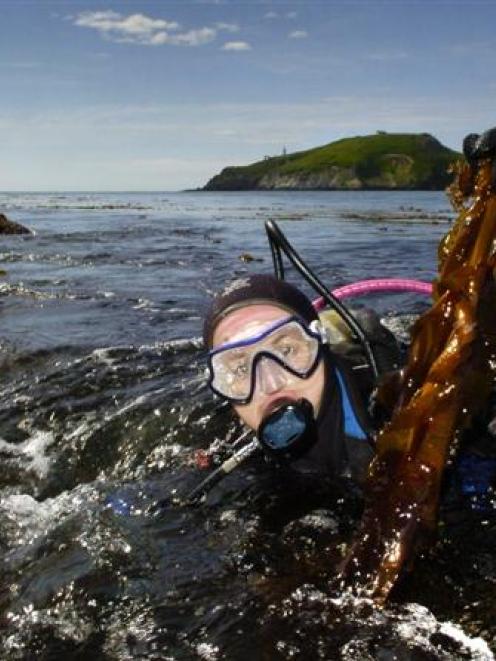 "I was a [dive] student here in 2003 and undaria was not really an issue then. But now it's everywhere," she said.

Romahapa conservation group president Hayley Witt (10) said pupils and parents travelled from South Otago for the clean-up day "because they really liked helping out with conservation".

"Project Aware" clean-up days are run in conjunction with the Professional Association of Diving Instructors.

The Project Aware Foundation is a nonprofit organisation dedicated to conserving underwater environments through education, advocacy and action in 175 countries, with support from divers and water enthusiasts.

The clean-up day around the mole was first held in 1993.

• The Aramoana mole is a 1km-long rock wall built in 1885. It is reinforced by several scuttled hulks lying on the south side at depths to 22m. The shallowest, Mokoia, lies in 7m of water and is used for dive training.