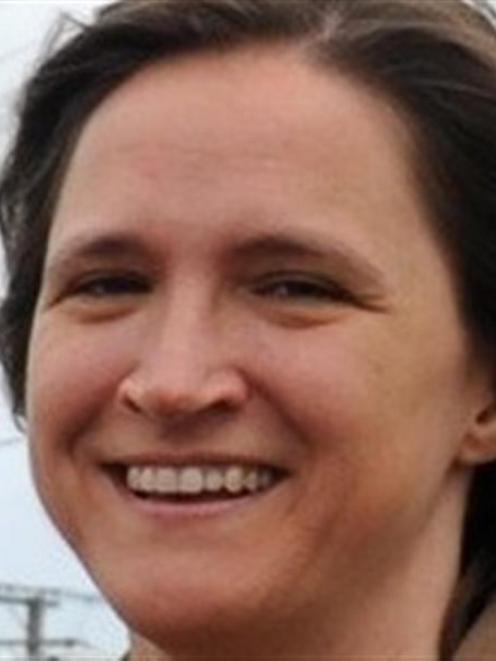 Sarah Connolly.
It might be a little safer for people to cycle in central Dunedin from next week.

The city council is about to begin painting ''sharrows'' on stretches of Moray Pl and King Edward St as part of a national trial.

Sharrows, short for shared-lane arrows, acted much like cycle lanes.

They use a bicycle shape and two painted arrows to remind drivers and cyclists to share the road.

The symbol also marks the route for cyclists to use.

Dunedin City Council transportation planner Sarah Connolly said about 45 of the 60cm-wide symbols would be painted on George St, from Moray Pl to Albany St, and King Edward St, from Hillside Rd to Macandrew Rd.

Sarah Connolly.
They would be painted in the lanes, clear of hazards such as car doors, kerb build-outs and stormwater grates.

The work would be done next week, she said.

''Sharrows ... provide a visual cue that reminds motorists cyclists are entitled to travel on the road and encourages them to act accordingly.''

Sharrows were already used in Australia, Canada and the United States but needed to be tested in New Zealand to see how they suited local conditions before a decision was made whether to formally adopt them nationally.

The symbols would be trialled between June and November, during which time they would be assessed via video recordings, counters and surveys of road users and feedback from businesses and residents.

The sharrows would stay in place once the trial was over, until the NZTA made its decision on them.