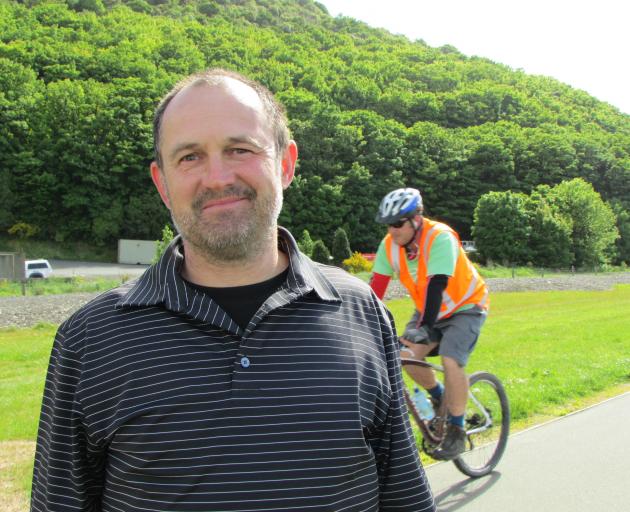 Steve Walker hopes the cycleway-walkway will be completed. Photo: ODT files
The West Harbour Community Board is likely to focus on four main priorities during 2017, with the aim of improving and enhancing the area, chairman Steve Walker says.

In a planning workshop before Christmas, board members set out priorities for the coming term, and these would be discussed and hopefully ratified at the board's first meeting for the year on February 8, Mr Walker said.

Top of the list will be the ongoing push for the completion of the West Harbour cycleway-walkway through to Port Chalmers.

At present it runs from the boat harbour to St Leonards.

Plans to complete the pathway were shelved by New Zealand Transport Agency in the middle of last year because of budget concerns.

''There was widespread disappointment throughout Dunedin over the delay, although we do accept that NZTA is fully committed to the project,'' Mr Walker said.

Another high priority is the continuation of removal of sycamores in West Harbour.

By becoming the lead agency in the project, the council had encouraged others to become involved, including the NZTA, Dunedin Railways, Ravensdown and local landowners, Mr Walker said.

''We will urge council to continue the momentum by funding the third stage of removal in some areas beyond Maia,'' he said.

If ratified at the February meeting, a further priority for the board will be to advocate for significant funding for the upgrade of the George St streetscape in Port Chalmers.

''This is a significant historical part of Dunedin and is the first and last thing that hundreds of thousands of cruise ship visitors see, as well as many other visitors to the city.''

The upgrading of harbourside assets to allow better use of the harbour and public toilet upgrades were also needed, he said.