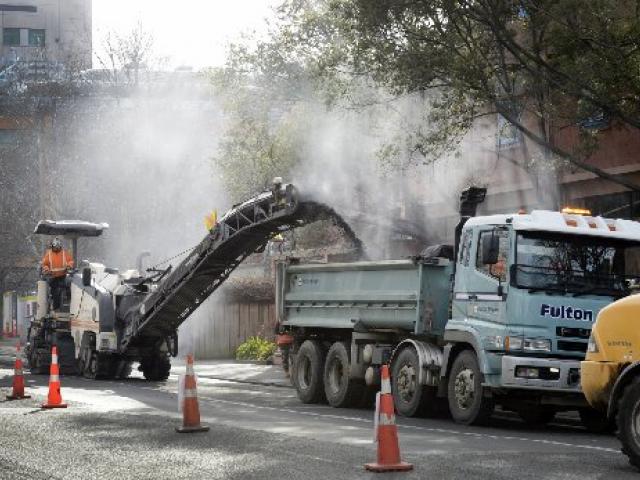 The Dunedin City Council has given a cash injection to the trust pushing to reopen the Chain Hills tunnel to walkers and cyclists.

After crashes and controversy, the DCC says it will return a problematic St Kilda intersection to its pre-cycleway layout.

Dunedin's $8 million cycleway has the support of educational, motoring and cycling interests, but it has been given a black mark by many ODT readers.

Design work for the long-awaited completion of the Dunedin to Port Chalmers cycle-walkway is continuing, and the NZ Transport Agency has confirmed it is still committed to the project.

Work on the proposed $5million to $7million upgrade of the safety and accessibility of Dunedin's campus area has moved to the next step as the council asks staff to look at funding options.

It is that time of year again.  Dunedin City councillors are today  sitting to consider budgets for the 2017-18 year.

The West Harbour Community Board is likely to focus on four main priorities during 2017, with the aim of improving and enhancing the area, chairman Steve Walker says.

Construction of Dunedin’s cycle network is set to ramp up in the next 18 months after coming to a halt last year.

The removal of St Clair's bungled cycleway infrastructure has begun, and is expected to be complete within a week.

In the final part of a series on Dunedin cycleways, reporter Carla Green talks to associate professor Ben Wooliscroft, from the University of Otago Centre for Sustainability, about how safe cycling...

More than half a million dollars from the Government has provided a ''wonderful'' boost to Dunedin's cycleway network, Mayor Dave Cull says.

A group of Dunedin businesses is the latest to take a stand against cycleways in the city, getting together to oppose a route through the harbourside industrial area.

The Dunedin City Council says it is taking stock of the South Dunedin cycle network and reviewing the way forward as project costs and complications start to mount.

Changes made to accommodate a cycle lane on Portobello Rd continue to generate complaints, but the Dunedin City Council says it will still be weeks before the problem is sorted.

The Dunedin City Council has been forced to pare back original plans for the controversial South Dunedin Cycle Network, as the true costs of the project become apparent.

It might be a little safer for people to cycle in central Dunedin from next week.