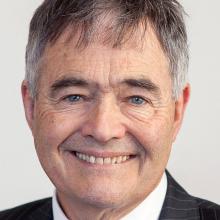 Dave Cull.
Construction of Dunedin’s cycle network is set to ramp up in the next 18 months after coming to a halt last year.

The Dunedin City Council  will  spend $2.6million of government money on links between the Portsmouth Dr shared cycleway and the city, and State Highway 88 and the Dunedin Railway Station.Those improvements will help link cycleways on West Harbour and the Otago Peninsula.

Council spending has been delayed on the peninsula, with $3million spent this financial year instead of an expected $10.3million.

The last work done there was in February last year near Harwood, but council acting group transport manager Richard Saunders said it was expected it would resume in July or August, the start of the next financial year. 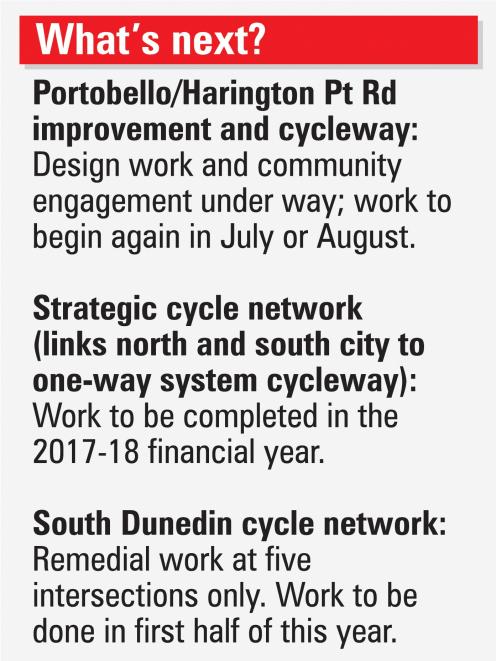 There were no plans for more cycleways in South Dunedin, other than remedial work on five intersections there, following botched work in 2015.

The cycleway budget will be discussed at a meeting on Monday to consider the annual plan for the next financial year.

Dunedin Mayor Dave Cull said one factor behind recent delays was the council "definitely screwed up" with the South Dunedin cycleway.

"We needed to be confident when we did it again that it was done properly and thoroughly.

"I’m quite comfortable putting the planning in at the front end, before any major expenditure, so we get it right first time."

Mr Saunders said  there was public engagement on the peninsula route in mid-December to get feedback on the next stages.

"We’re doing the detailed design work at the moment, which includes the community engagement that’s been happening, and will continue to happen."

After that the council would tender for physical work. 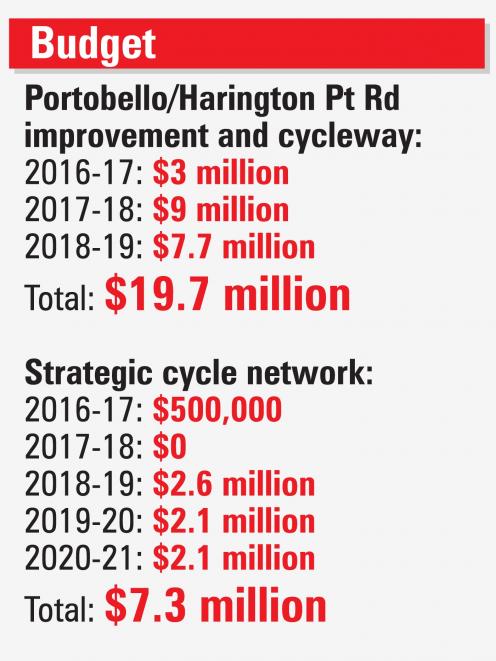 At that time, it would discuss with the contractor where the next phase of work would happen.

Mr Saunders said the council was anticipating work would start in July or August.

"Exactly where it will start from is still to be determined."

While spending was budgeted to finish in the 2018-19 year, the actual completion date would be clearer once the issue had been discussed with contractors. Once complete, the route will link the city with Taiaroa Head.

Mr Saunders said the $2.6million of government funding for urban cycleways had come from the NZ Transport Agency, and construction needed to be completed in the 2017-18 year.

The council had been working with the NZTA to put together a package of work. That included extension of the State Highway 88 cycleway which runs from St Leonards to the city, connecting the cycleway from near the boat harbour to the Dunedin Railway Station.

The money would also be spent on improvements between the Portsmouth Dr shared cycleway and the city, providing better accessibility to the city centre, and connecting State Highway 88 to the peninsula.

Design work was under way and the project would be completed in the 2017-18 financial year.

Mr Saunders said staff were also looking at connecting the planned NZTA one-way separated cycle network to the north and south of the city, though that was work for the future, and the council would try to gain more government funding for it.

The strategic cycle network budget would return  to the long-term plan next year for community consultation.

"That will be the chance for the council to consider at that stage the next steps in the cycleways."

In South Dunedin, there was still some minor remedial work to be done at five intersections, following the South Dunedin cycleway problems.

Mr Saunders said the final safety reviews on those intersections were being done, and feedback had been sought from stakeholders.

The intersections involved include two labelled unsafe  by residents.

They included Market St and Tedder Sts, where a crash was recently blamed on a change to give way rules.

The intersections between Prince Albert Rd and both New and Bellona Sts have also been criticised by residents as being dangerous.

"We will be going in there to make changes to those intersections," Mr Saunders said.

"That’s the only planned work in South Dunedin at this stage."

Mr Cull said he understood the NZ Transport Agency  was about to start work at the north end of the one-way system.

He was looking forward to the NZTA building its planned separated cycle network on the city’s one-way streets.

"I’ll be very pleased when they actually get something going, because it has taken too long."

My my Mr I've got no agendas is back to wanting to spend untold millions of dollars of ratepayers hard earned money on useless cycleways this money would be be better spent on infrastructure and a small but important thing known as the power grid and poles.

A quick rebuttal to Boldor : Cycleways are infrastructure and far from useless. It is not untold millions: they mention costs in the article. And it is a small fraction of the total spend on roads. The NZTA won't be funding Delta to replace power poles either, that money is only for the cycleways. I was unaware Delta's power grid maintenance was funded by Dunedin ratepayers , when did that happen?

The only thing they should be spending cycle way funds on is repair of the mess they made in South Dunedin. When that is done and they have proven they can actually design and build something on time and in budget that works, then consideration can be given to wasting money elsewhere.
And Sorry AJ, it is a bottomless pit and untold millions. You neglect to consider the 10+ million the cyclist want to connect to Port Chalmers. The many million for the Wingatui tunnel and Lookout Point tunnels. Yes, it is untold millions to be spent for a very small group of users and a mayors hobby.

AJPemberton: not only are most of the existing and planned cycleways useless they are worse than useless. They provide no benefit to the 98½% of the population that don't use bicycles and are being used as an excuse to remove car parks. Pavements shared with bicycles are a hazard to pedestrians. The estimated $47 million to build these cycleways is a high cost to pay for something that is overall harmful to the city.
The cost of wasteful projects like this has not been affordable except by demanding unsustainable dividends from DCHL, Aurora and Delta. Wasteful spending by our DCC councillors has been paid for by neglecting the upkeep of the city's essential infrastructure such as power poles, transformers, stormwater pipes and sewerage pipes. We have seen the consequences of this. The DCC annual plan being considered now, continues to underfund the essential infrastructure and forces DCHL to increase its debt so that 1224 cyclists can ride to work (2013 Census). Neglecting essential infrastructure is short-term thinking and very foolish.

Dunedin is beautiful, but neither its climate nor topography is conducive to cycling. I read so often of people being injured and killed while cycling, almost always competing for space on or near roads with fast moving cars.
What a waste of ratepayers and taxpayers money this is, going on an indulgence for a select few. Is it just me or are the occasional riders I do observe almost all male, almost all older, and almost all with beards.
How about having the university economics department calculate the value achieved by the expenditure on cycleway work? Given how few use the cycleways it should be possible to calculate a cost per journey.

Don't forget the Caversham to Mosgiel cycle way too... I know you are trying to ignore it DCC, but it is not going to go away.

You try ride from the city to Mosgiel and back, and see how much a flat route would make a difference. We need to get this built!

Since when do you need flat trails to ride a bike? You don't have gears and pedals?

Any way, if the bike community is so large then you should have no problem getting off your back sides and raise the funds yourselves. Stop sitting around whinging that other people should pay to make your hobby easier.

Roading in general is a 'bottomless pit'. As a country, we've spent 10's of billions on roads. Most of that has been tailored to cars with a tunnel vision of more and bigger and faster. The DCC spends 50-60 million each year on local roads. Yet people still die. About one a day nationally. Injuries at about 20x deaths. It is past time roads were made safer for everyone. All users, not just motorists. Building cycleways - if done right - is a step in the right direction.
Have a look at Vision Zero in Sweden. A goal of zero deaths on roads. That should be the target for everyone.