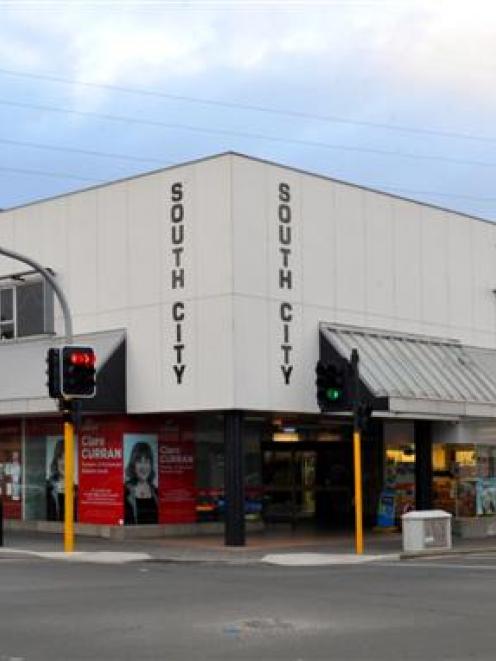 <p style="margin-bottom: 0cm" class="western"> The Dunedin City Council is to consider building a South Dunedin library inside the South City Mall as part of a push to accelerate the project. Photo by Gregor Richardson. </p>
The Dunedin City Council has launched an ''urgent' investigation of a proposal to accelerate work on a South Dunedin library by building it inside the half-empty South City Mall.

The move came at yesterday's DCC long-term plan deliberations, despite concerns staff were being given the ''impossible'' task of reporting back on the building's suitability by the end of the week.

It also came despite Cr Richard Thomson's warning the decision could add more than $1million a year to already-stretched council budgets over the next few years.

Despite that, Cr David Benson-Pope's push won support from a majority of councillors, who voted 9-6 to approach the building's owner, Foodstuffs, and investigate its potential to house a library.

Staff were asked to report back in time to inform decision-making during this week's council LTP deliberations.

Cr Benson-Pope told the meeting it was ''a shame, if not an embarrassment'' the council had debated the idea of a South Dunedin library for years, without making real progress.

The project had morphed over time into a community complex, including a library and other services, but ''overcooking it'' had exacerbated delays, he suggested.

The council had included a proposed $5.2 million in the latest LTP, in the 2018-19 year, to cover construction costs, but some submitters last week called for faster action on the project.

Others suggested it could be built on land beside the Dunedin Gasworks Museum, or inside a redeveloped Wolfenden and Russell building in King Edward St.

Cr Benson-Pope argued the South City Mall was ''a solution that's sort of been staring us in the face''.

It was a modern, two-level building with a lift and other facilities, as well as adjacent car parking, he said.

The mall was home to Dunedin South MP Clare Curran's office, a chemist and several non-governmental organisations, but was otherwise ''half empty'', he said.

That opened the door to a library built ''much sooner, rather than later, and at much less cost'', he said.

Ms Curran, during a submission last week, also indicated she could consider moving her office, if asked, to help progress the project.

That did not stop some councillors objecting to Cr Benson-Pope's idea yesterday, including Mayor Dave Cull, who said it should have been raised when councillors first considered the draft LTP in January.

''The realisation has come a bit late,'' Mr Cull said.

Cr Thomson cautioned councillors not to get ''too excited'' before considering the budget implications.

The project would add up to $1.2 million a year in extra library operating costs to the council's books for every year the project was brought forward from 2018-19, as well as unspecified capital costs.

Cr Kate Wilson argued more time was needed to properly investigate other sites and consult the community over what it wanted from a facility.

Cr Jinty MacTavish said that was not yet clear, despite previous debates, and the ''worst outcome'' would be a rushed project.

Council chief executive Dr Sue Bidrose, asked about the timeframe, warned it was likely to be too tight to provide adequate information on which a decision could be based.

His supporters included deputy mayor Chris Staynes, who said the project had been debated every year since he was first elected, and it was time to make progress.

Cr John Bezett said the council should press ahead with the South City Mall option, even if it later decided to relocate to another site at greater expense.

''Let's, for goodness' sake, get something under way.''

A Foodstuffs spokeswoman, contacted late yesterday, said the company was yet to hear from the council, but ''open to discussing the proposal''.