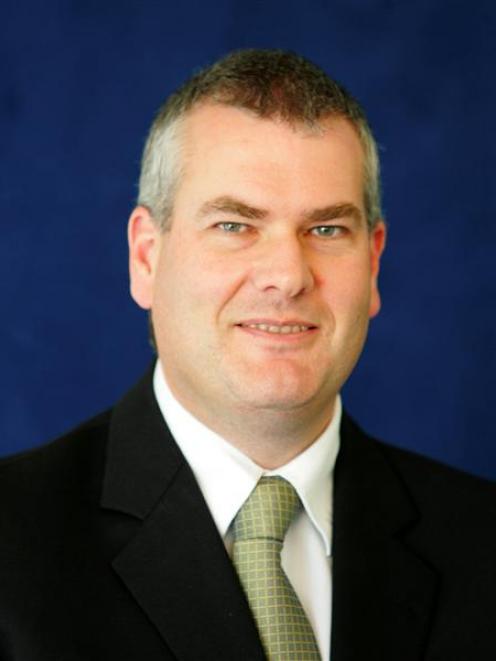 Robert Mackway-Jones
As number-crunchers work out how the Southern District Health Board could break even in future, this year's budget shows its expected $14.9 million deficit is the second biggest in the country.

Its deficit is still less than half that of the beleaguered Capital and Coast DHB, which expects to be $40.1 million in the red at the end of the year.

The small West Coast DHB has the third highest planned deficit, with an expected shortfall of $7.2 million, followed by Whanganui ($6.2 million).

Southern's ongoing deficit woes meant its planned deficits for future years were not accepted by Health Minister Tony Ryall last year, with its financial plan only receiving approval for the current year.

The board is expected to come up with a recovery plan to be sent to the ministry as part of the annual plan process in March.

The annual plan covers three financial years, and board finance and funding general manager Robert Mackway-Jones, who has been working on the plan over much of the summer holiday break, says the board is expected to achieve "at least break-even" by 2013-14.

To the end of November, the board's financial performance, although showing a $4.5 million deficit, was still $2.8 million ahead of the prediction.

Figures from the last financial year show only the Auckland and Waikato boards planned surpluses, but six recorded them.

As well, 14 boards - including Southern - had an end-of-year result better than expected.

At the end of the year, Southern still had the second highest deficit, with $14.7 million.

However, this was still well behind Capital and Coast's $47.4 million.

This year, the deficit total for boards is expected to be $76.4 million.

Mr Ryall, in an email statement in response to Otago Daily Times questions, said good progress was being made on board deficits.

"When the Government took office, district health boards were tracking towards $200 million in deficits, or services not paid for."

Mr Ryall said that through a mix of extra funding and responsible management, the board was now "projecting total unfunded services of around $80 million this year, reducing further next year".

Asked whether there were common factors in the successes or difficulties of boards' living within their budgets, Mr Ryall said the pressures varied between DHBs.

"But you can only have a strong public health service and certainty of services if district health boards live within their means. There is no certainty for staff or patients when DHBs limp along in deficit."