About 20 years ago, a 10-year-old Craig Mitchell took part in the Special Rigs for Special Kids event in Dunedin. 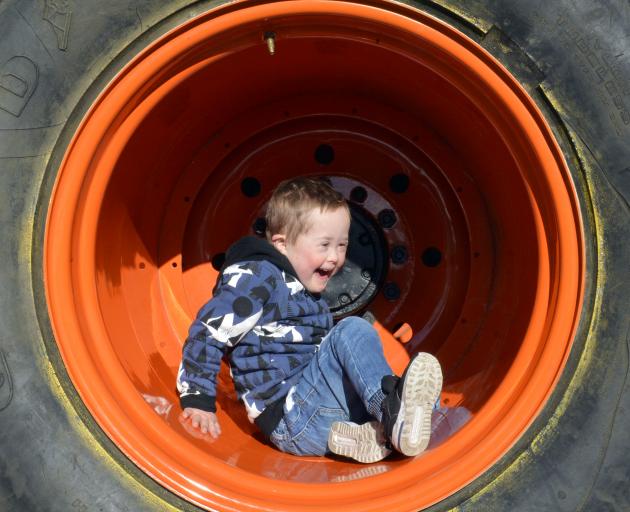 Miller Hooper (4), of Dunedin, finds a wee space of peace and quiet within a giant tyre before the start of the Special Rigs for Special Kids yesterday. PHOTO: GERARD O’BRIEN

Mr Mitchell - who has cerebral palsy - joined 236 other drivers to give hundreds of children with special needs life-long memories.

A holder of a heavy transport licence for more than 10 years, Mr Mitchell said he wanted to show people if you were determined enough, you could achieve anything. 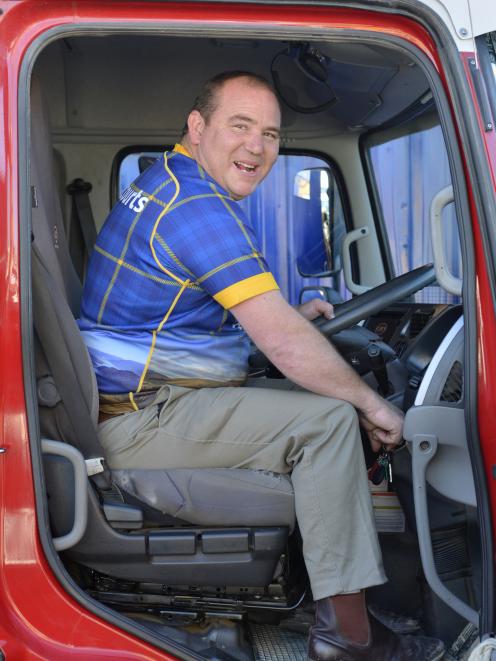 More than 20 years ago Craig Mitchell, of Oamaru, was a 10-year-old riding in the convoy as part of the Special Rigs for Special Kids event — yesterday the Whitestone Contracting Ltd driver gave another special kid the same opportunity. PHOTO: GERARD O’BRIEN

"If it wasn't for me being so determined I wouldn't be here today. I want everyone to see that when you put your mind to it you can achieve anything."

Organiser Greg Inch said Mr Mitchell's story was an example of the impact the event had on the thousands of children who had taken part over the past 28 years.

"Sometimes I think the drivers don't fully understand how big of an impact this has on the lives of those kids and their families."

Yesterday's event could not have gone better, Mr Inch said.

"The support was knee deep and it was exciting, really cool. Dunedin is a great city to hold this event and it really gets behind it. It's hard to explain how good the city, the sponsors and the supports really are."

Despite being one of the driving forces behind the event throughout its life, he had no plans to retire, Mr Inch said.

"Don't get me wrong - it's bloody hard work. But I've got a great group around me who make it easier - so, no, I'm not going to retire just yet."