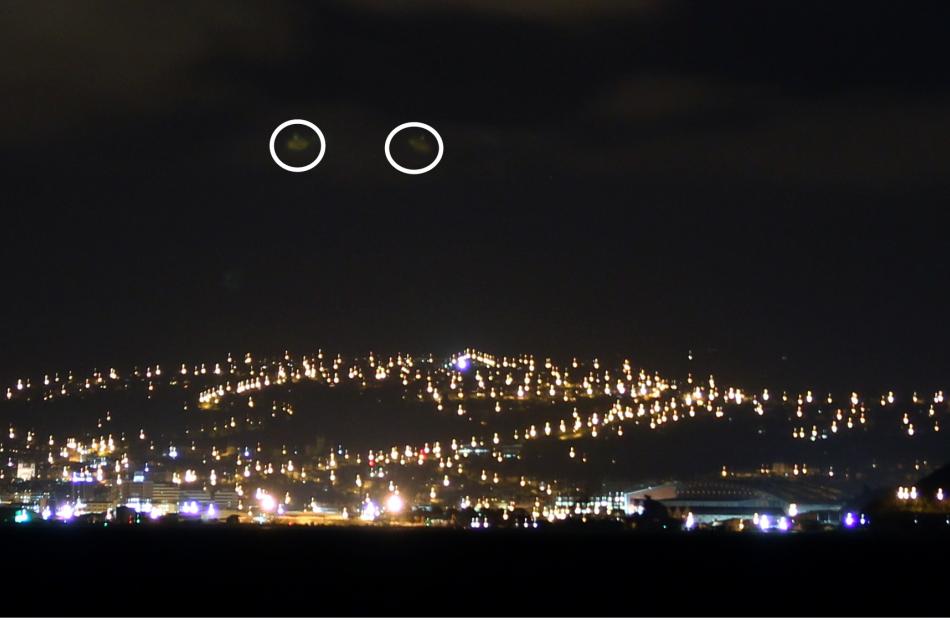 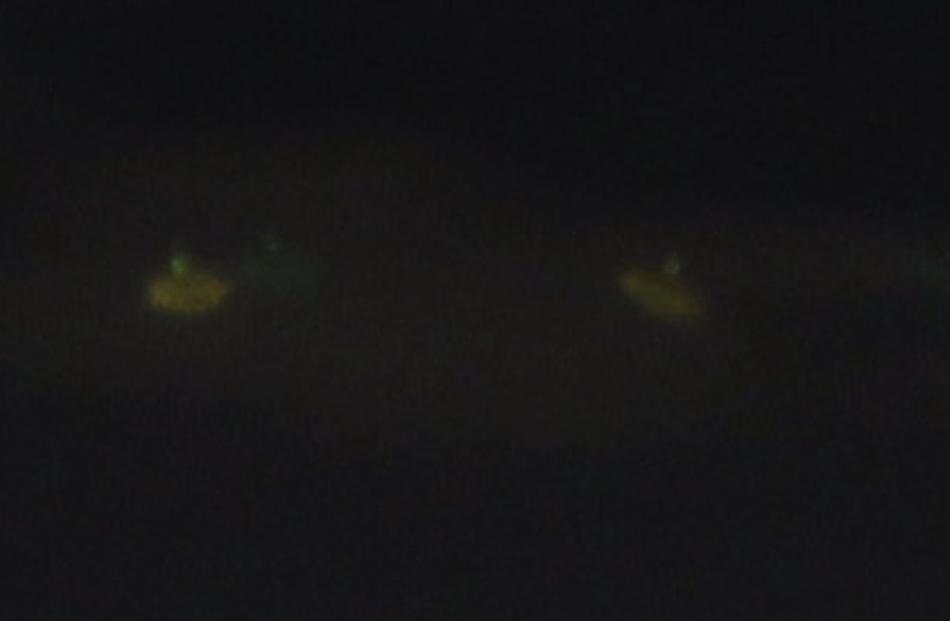 A closer view of the mystery objects. Supplied photo 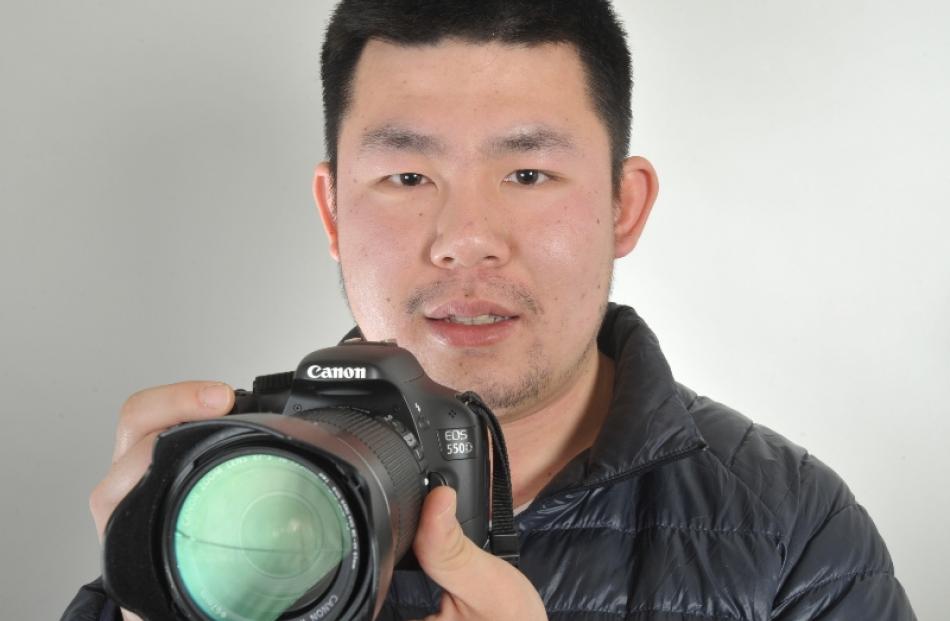 Terence Huang (25) with the camera that captured the strange objects in the sky on Monday night. Photo by Gregor Richardson.

A Dunedin student received a "spooky'' surprise when he took a closer look at a pair of photos he took of the Otago Harbour.

Terence Huang (25), originally from China, and two friends took the photos from the jetty at Glenfalloch late on Monday.
Mr Huang said he sat his camera on a chair to steady the shot, but paid little attention to the sky while the camera snapped about 20 photos.

It was not until yesterday morning, when he uploaded the images to his laptop, that he spotted two mysterious objects in two of the shots.

"I had a brief look at the photos last night, but it was late and cold so we went home.''

Rebecca Peng, who was with Mr Huang, said she had taken photos at the same spot before, but had "never seen anything like that''.

Mr Huang was unsure whether the objects were UFOs, but the shapes looked very similar to what he thought a UFO would look like, he said.

"Not only is it far too easy to fake something, but it is also very common for digital artefacts to be misconstrued.''

In this case she said it was most likely the latter.

"Certainly it doesn't look very solid at all, which I think supports the reflection theory.''

Mr Huang had always believed that UFOs existed, but this sighting had reassured him even more.

"Maybe in the future we will take more photos there to see if there is anything in them.''