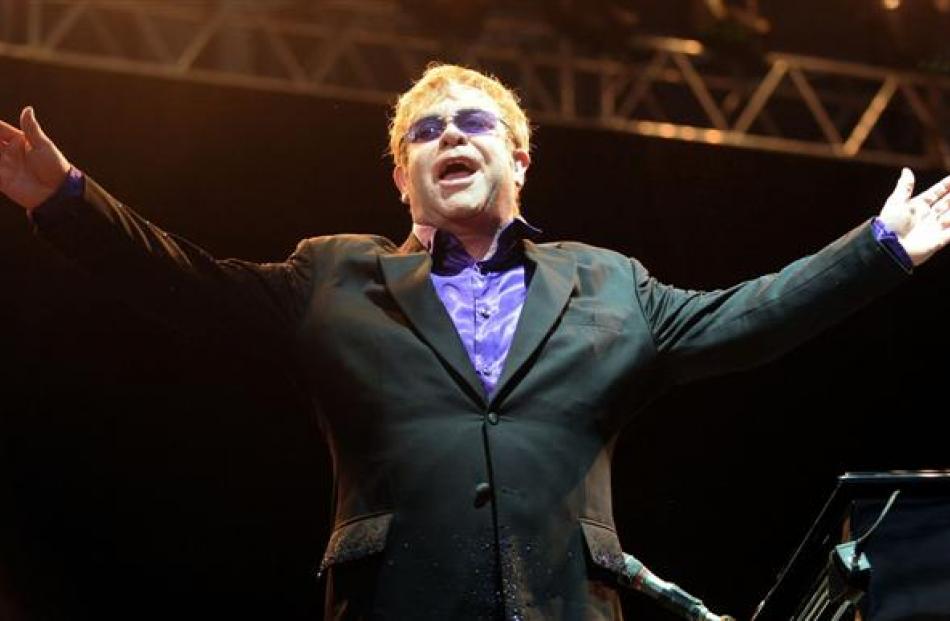 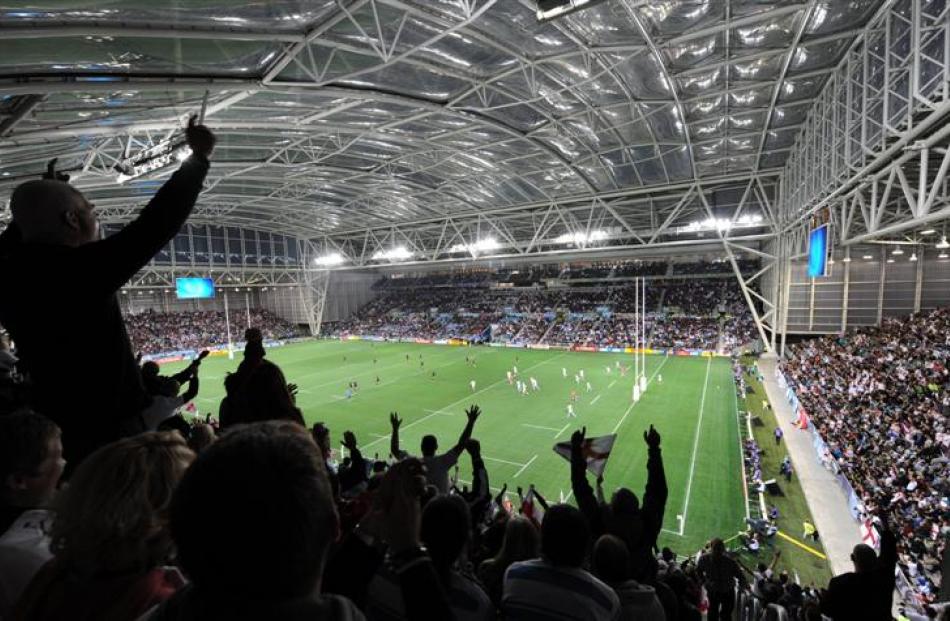 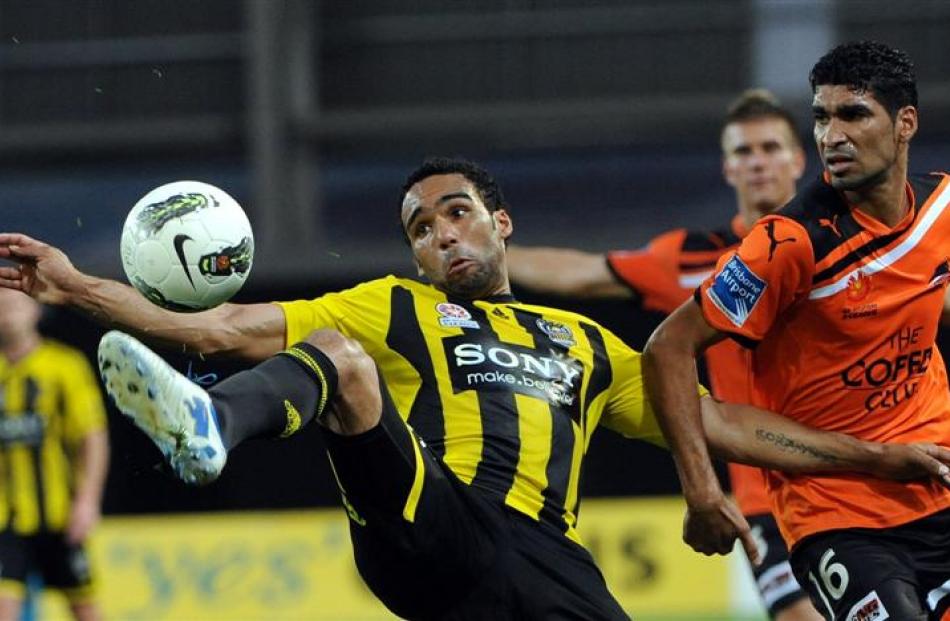 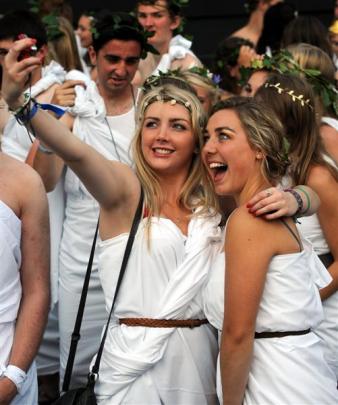 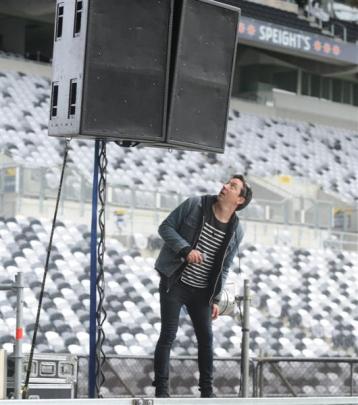 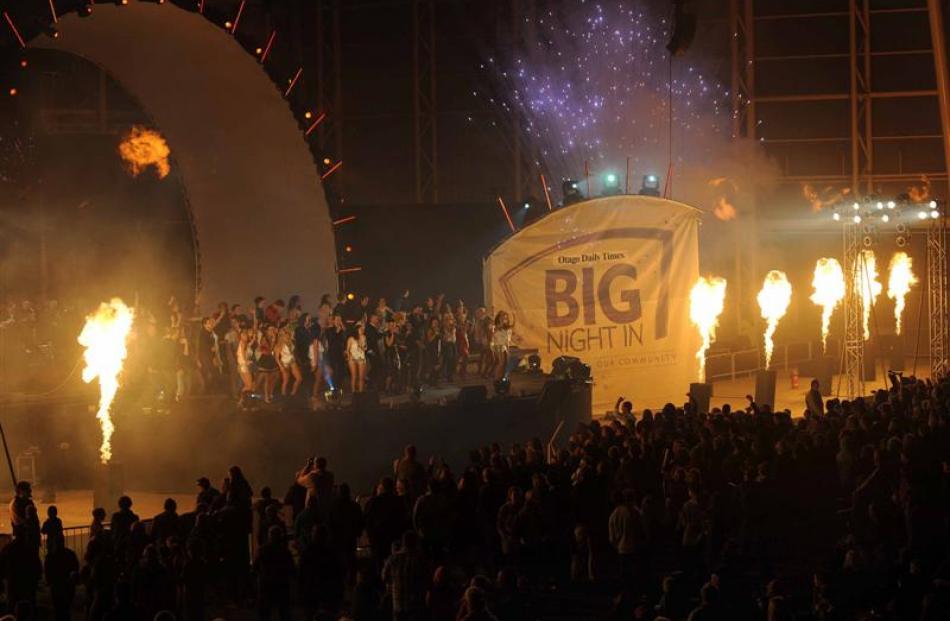 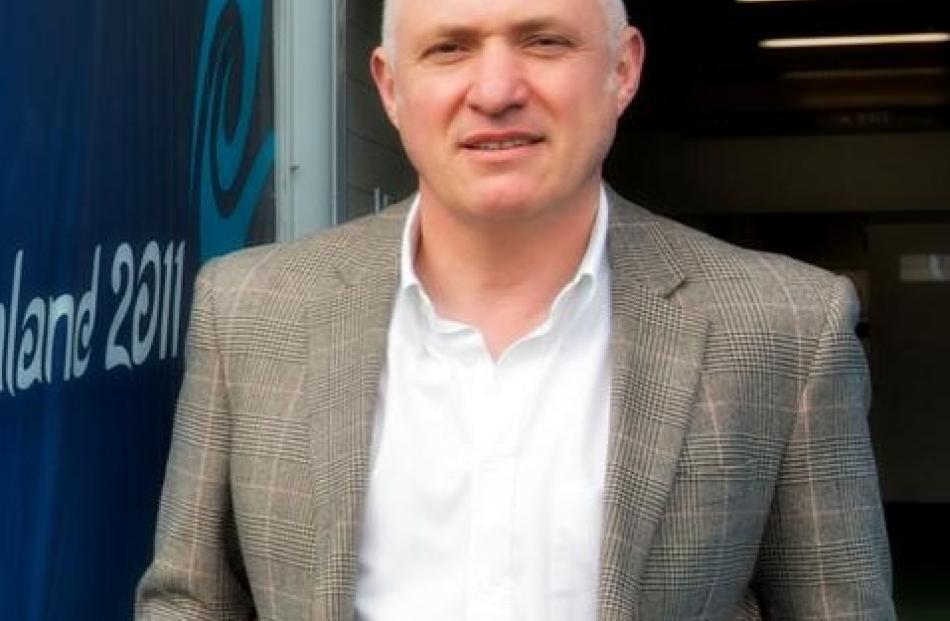 David Davies has enjoyed rave reviews and criticism since the gates to the Forsyth Barr Stadium were opened on August 5 last year.

The fans have flocked in, but the road has been rocky for David Davies since the opening of the Forsyth Barr Stadium. Chris Morris looks back.

David Davies says his sense of humour has proved invaluable.

It perhaps explains why he smiles when asked about criticism of the Forsyth Barr Stadium project, and himself personally, after two and a-half years in Dunedin.

The questions came at yesterday's press conference, as Mr Davies explained the reasons behind his shock decision to quit his post and return to England next year.

News of his departure comes after a rocky start to the life of the stadium since the gates were pushed open on August 5 last year.

Sellout crowds were soon rocking to Sir Elton John's hits and the Rugby World Cup, helping the venue earn rave reviews and recognition for its atmosphere and facilities.

But criticism has continued to resonate, with questions remaining over the roofed venue's ability to make ends meet, as well as attacks on its sound quality, chilly winds and the failure to sign another superstar act to follow Rocket Man.

Much of that was still to come when Prime Minister John Key described the stadium as "incredibly important" to Dunedin and Otago when declaring it open.

But by then, Melbourne-based promoter Michael Gudinski's criticism was ringing in DVML's ears, after the company decided not to book a Rod Stewart concert having also passed on Meatloaf.

An electrical fire inside a stadium control room days before the official opening put eftpos facilities out of operation, adding to the early pressure.

The positive reviews began to roll in when 7500 rugby fans praised the chips, seating and toilets - despite ticketing glitches - after watching North Otago play West Coast in the venue's first official match on August 7.

Wellington Phoenix's pre-season football friendly against the Brisbane Roar created a buzz and marked the arrival of big league football at the stadium.

However, by October, DVML's first financial numbers were in - and they were red.

The company recorded a $3.2 million loss for the 2010-11 financial year, which ended when the venue was in start-up mode and before the gates officially opened, meaning it was unable to earn revenue to offset costs.

The results were broadly in line with forecasts, but nevertheless left Mr Davies with his feet "firmly on the ground".

"The business plan for this is always going to be tight, and I know the entire city is going to be looking over my shoulder.

"We know it's tough and we've got to work very hard to get to where we need to be," he said at the time.

In November, came the announcement the stadium had secured its first All Blacks test, against the Springboks on September 15 this year, followed by talk of attracting an NRL rugby league clash.

Another big crowd followed when about 20,000 fans flooded in for the "Big Night In" community concert at the stadium, held to celebrate the Otago Daily Times' 150th anniversary, on November 12.

The event prompted criticism directed at the stadium's acoustics, with complaints rolling in about poor sound quality inside parts of the venue and concerns about how it would fare when Rocket Man blasted off.

Those concerns continued even after Sir Elton's sellout show attracted 35,500 screaming fans, with bouquets and brickbats over sound quality and long delays for food and beverage service.

Some described the sound quality as "superb" and "awesome", while others labelled it "horrible" and "disgusting". Wild weather,including gale-force winds with gusts of up to 130kmh, was blamed.

An economic impact report later concluded the concert pumped an estimated $14.9 million into the wider Dunedin economy, including $4.6 million on retail shopping, $4 million on food and beverage and $3.4 million on accommodation.

Late last year, attention turned to the state of the Otago Rugby Football Union, with confirmation DVML and the ORFU would align, with DVML taking over the union's ticketing, sponsorship, commercial activities and game-day operations.

About the same time, DVML staff also found themselves offside with some taxi operators after signing an exclusive access deal with Dunedin Taxis, although that did not prevent later complaints about lengthy delays and slow rides home from some punters.

Other commercial successes followed, with the stadium announced as the venue for events including February's "Orientadium" student Orientation event and the 2012 New Zealand Masters Games.

However, there were notable misses, including failure to secure this year's Anzac test between the Kiwis and Kangaroos after a two-horse race with Eden Park.

Talk in December of securing a second top international musical act has also amounted to nothing, with top acts Radiohead, Lady Gaga and Bruce Springsteen mentioned but yet to materialise.

"I'm confident that we're going to get a couple next year of the big ones that are touring," he said.

But by February this year, Mr Davies was saying fewer touring acts meant 2012 was likely to be a "thin year" for concerts.

The company also faced an unpayable rates bill in January, when it was revealed DVML had $200,000 to cover an eye-watering $2 million annual rates bill for the stadium.

Councillors voted to cut the bill to a more manageable $134,000 a year after the bill was described as a "money-go-round" capable of distorting the city's wider rating system.

Controversy raged over a vote to confirm an extension of stadium debt repayments to 40 years, and is expected to continue at the council's draft budget hearings later this month.

The arrival of the Super 15 season brought more large crowds to the stadium to support the Highlanders, with the popular Zoo section a success in attracting students.

There were farcical scenes when the stadium's ground clock failed to include stoppage time as the Highlanders clung to a 27-24 lead over the Crusaders. Taylormade Media head Ian Taylor later admitted his company took responsibility for the mistake.

There were more complaints about food and beverage service following the match, after 35% of the 400 catering staff employed to work at the stadium failed to show up.

Then came news independent auditors from PricewaterhouseCoopers had been called in by Mayor Dave Cull, amid concerns unanswered questions about the final cost of the stadium could add millions of dollars to the price tag. Results of that review are expected next week.

Then followed February's revelations the Otago Rugby Football Union, saddled with $2.2 million in debt, was on the brink of liquidation. If the union went, so too would the Otago ITM Cup team, along with an income stream for DVML expected from the team's home games at the stadium.

It was that threat to the stadium's income, together with the risks to private sector funding which helped pay for the stadium, that prompted the council to act.

Mr Davies was called in to brief councillors in March. That concluded with a late-night deal under which the council and DVML wipe ORFU debts in return for contracts tying the team, together with the Highlanders, to the stadium.

The deal also included a package of top-tier tests and a charity North-South match to be staged at the stadium.

The same month, it was reported Canberra was considering replicating Dunedin's stadium design in the Australian capital, and the stadium was named as a finalist in the "venue of the year" and "new venue of the year" categories of this year's stadium industry awards, TheStadiumBusiness Awards 2012, with results due shortly.

However, concern about the stadium's financial viability was renewed when DVML's six-month financial report - which would confirm whether the company was running at a profit or loss - was held back from public release for "formal advice".

The report was expected to be released later this month, but, speaking in March, council finance and resources general manager Athol Stephens indicated the company faced a financial "challenge".

The venue has continued to attract events including leisure marching and the VW Nationals car show, and a steady stream of meetings and conferences, most recently the National Party's Mainland Conference.

However, the steady stream of criticism shows no sign of abating, with fresh objections to car parking raised in recent days.

The rocky road might not be the reason for Mr Davies' departure.