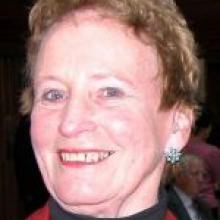 One of New Zealand's foremost experts on museums, Dr Rodney Wilson, considered that "in a perfect world" it would be "perfectly possible" for the settlers museum to become a specialist history unit of the Otago Museum.

Dr Wilson was employed by the Dunedin City Council as a consultant to review the management options for the council's museums and the Dunedin Public Art Gallery.

His report, dated May 12, 2008, was released to the Otago Daily Times yesterday following a request under the Official Information Act.

In the report, Dr Wilson said there was "a natural alignment" between the Dunedin City Council-owned settlers museum and the Otago Museum, which operates as a trust.

"Improved collaboration and co-operation would arise from that relationship and a significant number of services could be shared."

However, he said, it was not a perfect world and there was "serious concern" from settlers museum staff about a merger.

The 32-page hard copy of his report provided to the ODT contained one blanked out section preceded by the comment: ". . . it would be to gloss over feelings expressed to the reviewers if we were not to record that some regard the Otago Museum culture with a degree of apprehension."

An accompanying council email said the paragraph was deleted "to enable the free and frank expression of opinion between officers".

On July 8, more than a year after the report was completed, the Public Service Association alleged Otago Museum staff were underpaid, intimidated by senior managers, required to work to unrealistic deadlines and were struggling with high workloads.

Museum trust chairwoman Margaret Collins, of Balclutha, yesterday said, from memory, she could not be specific about what was in the blanked out paragraph, but one of the "scenarios" in the report was for the settlers museum to be managed by the Otago Museum.

She recalled staff at the settlers museum and the public art gallery "firmly expressed feelings" that they wanted to have their own directors.

The report's executive summary said the two options "should not be exercised".

The settlers' museum becoming the Otago Museum's history unit "would be a logical option were it not for the widespread resistance to this option".

Dr Wilson said a merger or "takeover" by the Otago Museum was not recommended.

"The negative consequences of such a move . . . far outweigh the advantages of a natural alignment and the ability to work more collaboratively".

Dr Wilson said the Otago Museum was "the dominant institution" among Dunedin's museums and noted it had been criticised as being "populist".

He found the criticism centred on the uniforms of staff, "livery", and styles of brochures.

"In truth, Otago Museum is simply part of a wider trend, world wide, in museums of its kind.

"The brighter imagery that accompanies this is simply part of the message that today's museums are lively, engaging and interactive places," Dr Wilson said.