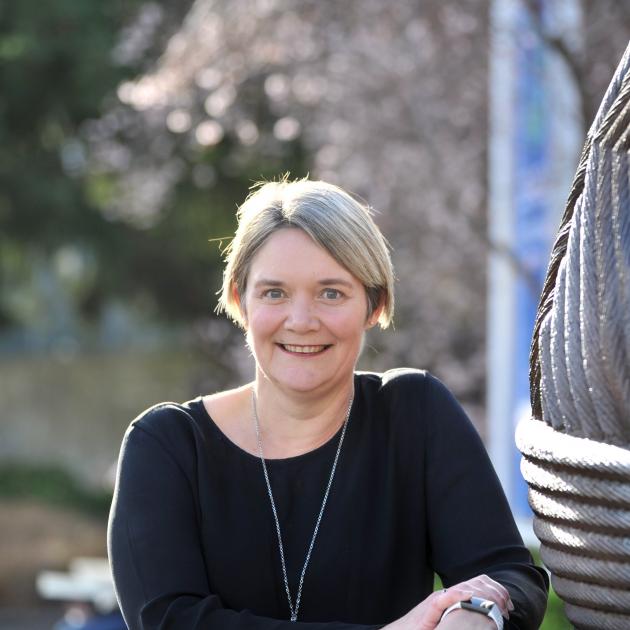 New Otago Polytechnic chief executive Megan Gibbons says being responsive to the region’s needs is crucial for providing relevant vocational education. PHOTO: CHRISTINE O’CONNOR
The baton of leadership for Otago Polytechnic has been passed to Megan Gibbons. Challenges facing her include flow-on effects from the Covid-19 crisis and a shake-up of vocational education but, as Grant Miller reports, she is used to clearing hurdles.

Covid-19, for all its distressing impact, has given Megan Gibbons something of a practice run for leading the Otago Polytechnic.

Dr Gibbons assumed the chief executive’s role at the vocational education provider this week, taking over from Phil Ker.

The former deputy chief executive at the institute, in charge of people and performance, led its response to the Covid-19 crisis and, though she is careful to avoid expressing joy about this, she is grateful she was entrusted with that level of responsibility.

The polytechnic’s Auckland campus and international students there were drastically affected by New Zealand’s border closure. Across the Dunedin, Central Otago and Auckland campuses, teaching moved online and a raft of safety protocols came in when the campuses reopened post-lockdown. Dr Gibbons helped to manage the situation and she says timely communication with staff, students and whanau was crucial. It was leadership on the fly.

Dr Gibbons was welcomed with a mihi whakatau this week. Her husband Paul Gibbons, teenage children Cole and Jorja and parents Alex and Joan Merrilees were part of the ceremony.

"After 13 and a-half years of working here, it was different, looking at my colleagues from the other side."

She moved from visitor to host, from being part of the leadership team to heading up that team.

The ceremony followed the farewell on Friday last week for Dr Ker, who led the institute from 2004. Dr Gibbons describes him as visionary and a strong leader in the sector. 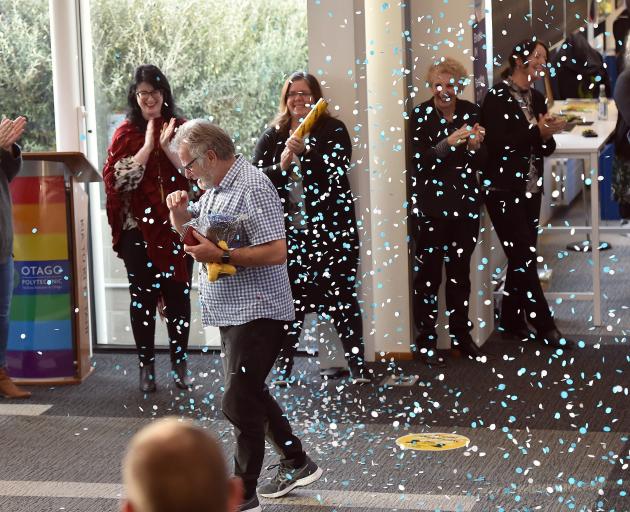 "He believes the people make the organisation."

Leadership involves working with people, listening to them and understanding what is best for the organisation, Dr Gibbons says.

The hurdler at the 1994 Oceania Athletics Championships in Auckland went on to coach in the sport and she has a naturally competitive streak.

"I don’t believe in setting easy goals," she says.

"I set high expectations — for myself."

Dr Gibbons attended a leadership course at Harvard University last year. Among the lessons: "No matter how complex an issue is, if you deal with the layers one at a time, the overall issue can be solved."

The qualified dietitian began her tertiary education at the University of Otago, graduating with a bachelor of consumer and applied science degree in 1994, then a postgraduate diploma in dietetics, with distinction. She completed her master’s in science (first-class honours) at Massey University in 2002 and was a senior lecturer there. She went on to get her PhD from the University of Auckland.

After the birth of her son, a part-time teaching job came up at Otago Polytechnic and she then became more deeply involved. She was head of Te Ohu Ora, which included the Otago Polytechnic Institute of Sport, Exercise and Health and the School of Occupational Therapy, from 2015 to 2018. She was one of the polytechnic’s four deputy chief executives for the past 18 months.

In her first days in the top job, Dr Gibbons replied to emails, met staff and continued with Covid-19-related work. She is leading the national response for the recreation and cultural sector on behalf of the New Zealand Institute of Skills and Technology (NZIST).

NZIST is the temporary name for the entity resulting from the April merger of 16 institutes of technology and polytechnics, including Otago. Dr Gibbons says the organisation is feeling its way in its initial months and that creates chances to influence it.

She can see the appeal for learners of an overarching national institution. It could make it easier for them to progress their vocational education while dipping in and out of employment, or to move between regional providers.

At the same time, she is conscious of the Otago Polytechnic brand’s standing and the institute’s community connections.

"We have to be part of Otago and educate for things important to Otago. That will allow us to be successful."

"We are interconnected with local iwi and mana whenua, organisations and industries within Otago, nationally and internationally."

Her sporting interest extends to being a judge for the Otago Sports Awards and she is on the board of trustees for Otago Boys’ High School.

One silver lining from the Covid-19 crisis was that new ways of thinking about things emerged. Elements of teaching online could be persevered with but Dr Gibbons expects those will blend with traditional approaches.

"You’ve got to take the good things out of a crisis," she says.

The merger, too, adds a layer of uncertainty.

Dr Gibbons says Otago Polytechnic’s reputation for innovation remains a strength. When looking at a future that is hard to predict, engaging with industry and the broader community, and providing leadership, will be even more crucial, she says.

"We all need to position ourselves so we are agile enough ... to take the opportunities that present themselves, think about our futures and what is important to us."