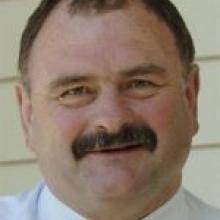 Routine scan waiting times had "blown out", putting patients at potential harm if a cancer or other life-threatening condition was not caught early in the piece, he said.

Mr Bunton was not aware of any individual cases where patients' treatment had been compromised in the South.

While life- and limb-preserving cover was mandatory, the interpretation of which situations were eligible relied on clinicians' judgement. Mr Bunton said health workers should be covered by arbitration like police. The general public would agree their services were essential.

Last week, the Otago Daily Times reported the number of routine mammograms performed in the South had been reduced by a third, with nearly 1000 being postponed.

The dispute between District Health Boards New Zealand and the radiographers and lab workers' union, Apex, took another turn this week when the DHBs withdrew an offer after the union failed to accept it.

Supported by DHBNZ, chief medical officers issued a joint statement calling on the Government to review the right of health workers to strike and introduce compulsory arbitration.

There had been instances of individual harm arising from the strike action and "collective harm" from delayed diagnostic work.

"We are also concerned that a culture of strike normalisation is developing, with the erosion of safety and quality for which we have been striving."

The legislation guaranteeing life- and limb-preserving cover had not been "fully effective" in reducing harm, especially when it was used to sustain months of industrial action.

Nationwide, radiographers had presented 585 strike notices by yesterday, and there were 221 from lab workers.

Examples of harm cited by the DHBs at a press conference in Wellington yesterday included:

• Two patients whose scans were deferred for two weeks being diagnosed with inoperable liver cancer. It was not known if their conditions would have been treatable had the scan been carried out when requested.

• A patient with a pulmonary embolus waited eight hours for a scan normally taking an hour, and became acutely unwell.

• A patient haemorrhaging in an operating theatre had a supply of blood for transfusion initially refused, then delayed, because of an attempt to apply union sanctions to the cross-matching of their blood.

• Some private patient information has been shared by lab workers with their union during their nationwide strike action, a district health boards (DHBs) spokeswoman says.