A University of Otago student group is "outraged" by a proposal to raise 2009 fees for postgraduate students by up to 13.3%.

If staff recommendations are adopted by the university council today, fees for more than 1000 postgraduates enrolling in courses next year will rise by $500, the maximum allowed by the Government.

The increases would vary between nil for executive education students to 13.3% for business students.

Fee increases for six of the 15 courses would top 10%.

The report also recommends fees for the very small number of students enrolling in higher doctorate degrees should more than double, from $850 to $2000.

The undergraduates who make up the bulk of the university's student population would face increases of 2.6% to 5% for all but one course, for which a nil increase is proposed.

The report only deals with fees for students who are New Zealand citizens.

Fees for next year's international students were set in July and rose by an average of 4.3%.

There was "no justification" for such drastic fee increases, he said.

"The cost of providing services to postgraduates hasn't increased by 10%. This is just milking postgrads to provide money for the general pool. It is outrageous."

The university had declared a dedication to developing postgraduate study, he said.

"But they need to put their money where their mouth is. You can't say you want to encourage postgraduate study and then penalise students with punitive fees."

The increases were particularly galling when the university was expecting a $25 million surplus this year, he said, saying fee increases should be "a last resort not a yearly objective".

However, the staff report said the fee increases would bring in an additional $3.1 million, money which was needed to help the university meet costs which were rising faster than income.

Total cost increases for next year were expected to reach $17.9 million, including an extra $12.1 million for wages and salaries, $3 million for consumables, and $1.9 million for increasing energy and repairs and maintenance costs.

Most Otago domestic fees next year would still be below fees charged at other New Zealand universities, the report said. 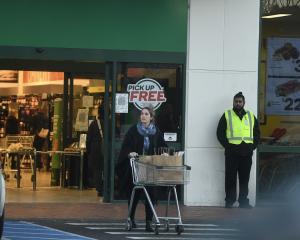