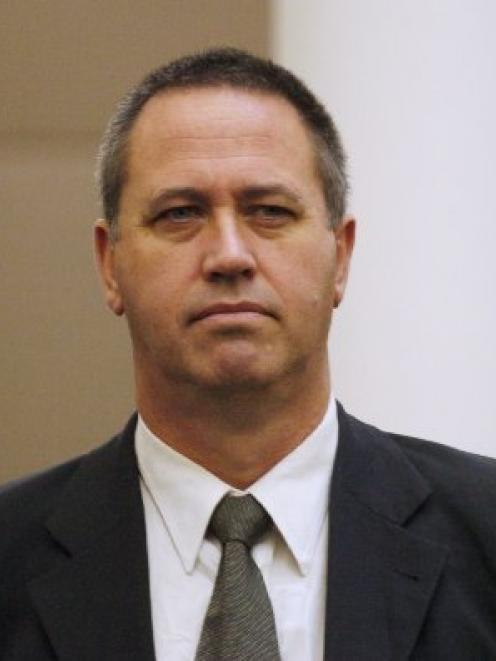 Michael Swann
Convicted fraudster Michael Swann is likely to stay a free man, despite more than $250,000 of assets and cash being recovered from him yesterday.

In the High Court at Dunedin, Justice David Gendall ordered the assets and cash be forfeited, saying he was ''satisfied'' from the evidence the assets were owned by Mr Swann or bought from the proceeds of his offending.

This meant the property was subject to a $6 million pecuniary order, which effectively meant any property recovered up to that amount could be used to satisfy the order made under the Proceeds of Crime Act.

However, despite the ruling, the parole board did not have the power to include discovery of assets as part of Mr Swann's release conditions - meaning he would not be recalled to prison - and police did not have enough evidence to press new charges.

He spent four years and eight months in jail for his part in defrauding the former Otago District Health Board of $16.9 million.

He was not represented in court yesterday and Justice Gendall noted Mr Swann had not filed an objection notice against the Crown's request within the required 21 days.

Christchurch businessman Alasdair Cassels, the owner of the Christchurch home to which Mr Swann was released in July, told the Otago Daily Times yesterday Mr Swann did not want to speak to the media.

''He's made it pretty clear that he's not interested in speaking to anyone from the press, so I can't help you,'' Mr Cassels said.

Crown counsel Marie Grills told Justice Gendall yesterday it was a case of ''mopping up the three sets of property'' that had been located by investigators.

The 1922 Rolls-Royce, which was seized by police from a container at Port Otago's container yard in August following a tip-off, had been traced back to a $160,000 payment made to former owner John Chamberlain.

She said the Crown received an affidavit from Grant Fyfe, of Checketts McKay, after he made contact ''some weeks'' ago saying the firm had $92,475.42 in 11 trust accounts, held in the name of ''various Swann-related entities''.

The total figure recovered would be higher than $92,475.42, because the cash had been in interest-bearing accounts, she said.

Commenting on the number of accounts and entities associated with the trust accounts, Justice Gendall said: ''Gosh, it's a nightmare isn't it.''

The KTM dirt bike had been traced to a payment by Computer South Ltd, a company connected to Mr Swann, and was found on the property of Peter Scott, a friend of Mr Swann's.

Former ODHB chairman Richard Thomson said he was pleased with the decision and that the Crown was still working to pursue Mr Swann's assets.

''I hope they continue, because I don't doubt that there is probably more still to be found.''

He did not hold out any hope of Mr Swann assisting with investigations, and it would likely be up to members of the public to come forward with information.

In a later statement, Detective Senior Sergeant John Ferguson said police had ''made a significant number of inquiries in relation to the property, but at the current time there is insufficient evidence to advance a prosecution in relation to it''.

The Southern District Health Board did not respond to questions yesterday.