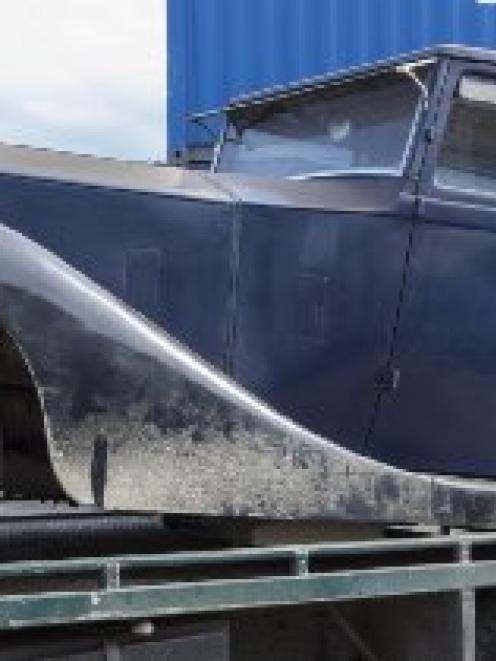 This week the Ministry of Business, Innovation and Employment confirmed the vehicle would be auctioned; however, the date and place of the auction were yet to be confirmed.

The vehicle, along with a KTM dirt bike and $92,475.42 were ''now available to pay towards the pecuniary penalty order previously made by the court'', a spokeswoman said.

Proceeds from the sale of the vehicles would go towards the current balance of funds of $3,314,379.01.

Mr Swann remains subject to a $6 million pecuniary order, which effectively means any property recovered up to that amount can be used to satisfy the order made under the Proceeds of Crime Act.

In 2004, Mr Swann paid $160,000 to a Christchurch man for the vehicle, which had never been warranted or registered in New Zealand.

Mr Swann told detectives investigating the discovery of the vehicle, ''What happened, it happened while I was inside, and it wasn't anything to do with me''.

A police spokeswoman said: ''Police were able to retrieve these vehicles as a direct result of information we received from members of the public''.

''We're very grateful for this assistance and we'll continue to be proactive in pursuing any new information that comes to hand that might assist us in this matter.''