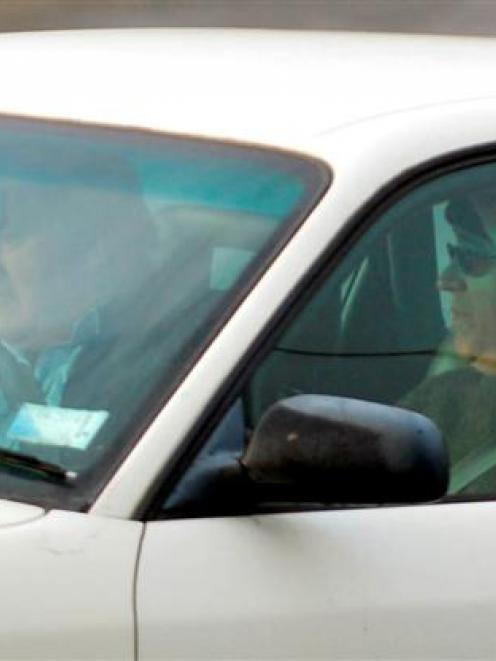 Under his parole conditions, Mr Swann (51) was ordered to live with Christchurch businessman Alasdair Cassels. Mr Cassels told the Otago Daily Times last night he had not yet seen Mr Swann but had spoken to him by phone.

He said he was unsure whether Mr Swann would be living with him.

''I don't know. Chances are he probably will, but he may not.

''They might be putting him somewhere else because he's going to get hounded.''

Last night, a Department of Corrections spokeswoman said: ''Corrections is managing this offender in accordance with his release conditions.''

One of those conditions was for Mr Swann to reside only at an approved address - Mr Cassels' Govenors Bay property. The property has a rateable value of about $1.35 million.

To live elsewhere, Mr Swann required the written approval of his probation officer.

Mr Cassels, whose business interests include The Cassels and Sons Brewery, said he believed Mr Swann had been told ''he can't talk to anyone at the moment''.

''I think the Parole Board were pretty concerned about his media attention. I think there was too much fuss around him.'' 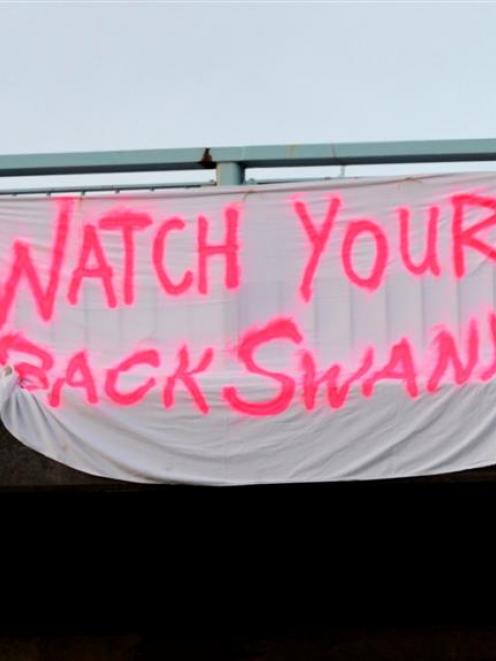 A sign hangs from the bridge over State Highway 1 at Saddle Hill yesterday. Photo by Gerard O'Brien.
Mr Cassels said he had advised Mr Swann to talk to the media, as that was the best way to ''get rid'' of media attention.

Mr Swann, wearing sunglasses and what appeared to be the same brown jersey he wore at his parole hearing, left Christchurch Men's Prison about 9am yesterday. An earlier request to take photographs in the prison car park was declined by the prison manager.

Swann freed, butwhere is he?Mr Swann was driven from the prison by Harold Cave, his parole support person and future employer, in the latter's Audi car.

At the June parole hearing, Mr Cave told the board: ''I am really looking forward to working with him.''

Mr Cassels' house includes an indoor swimming pool and is nestled in a small vineyard on a rural section. It is at the end of a long narrow drive lined with a dozen palm trees, and faces back down the bay towards Lyttelton Harbour in the distance.

Crown counsel Marie Grills, of Dunedin, said a ''number of items'' identified as having been bought by Mr Swann had still not been located.

If those items were found, they would go towards the $6 million order.

Last month, an Official Information Act request by the ODTrevealed three cars remained outstanding: a 1960 Mercedes Benz, a 1993 Mercedes and a 1974 Jaguar.

Mrs Grills said most information received concerning Mr Swann was not specific enough, or had already been supplied, but police were continuing to assist with any leads.

''I don't imagine that changing,'' she said.

Despite Mr Swann indicating on sentencing he would assist with the recovery of assets - and even signing an affidavit to that effect - the reality was he provided no assistance in locating known assets.

''I think in this case, and as unfortunate as it seems, there are people willing to help him.''

The Southern District Health Board declined to comment on Mr Swann's release, after he served four years and eight months in jail for his involvement in defrauding the former Otago DHB of $16.9 million.

• Not to be involved, directly or indirectly, in the oversight or management of any business.

• Not to be involved in the handling of other persons' money or invoices relating to any business. May be required to undergo further psychological assessment.

• Not to associate with co-offender or any other person named by Probation.

• Effective until his statutory release date of May 2018.